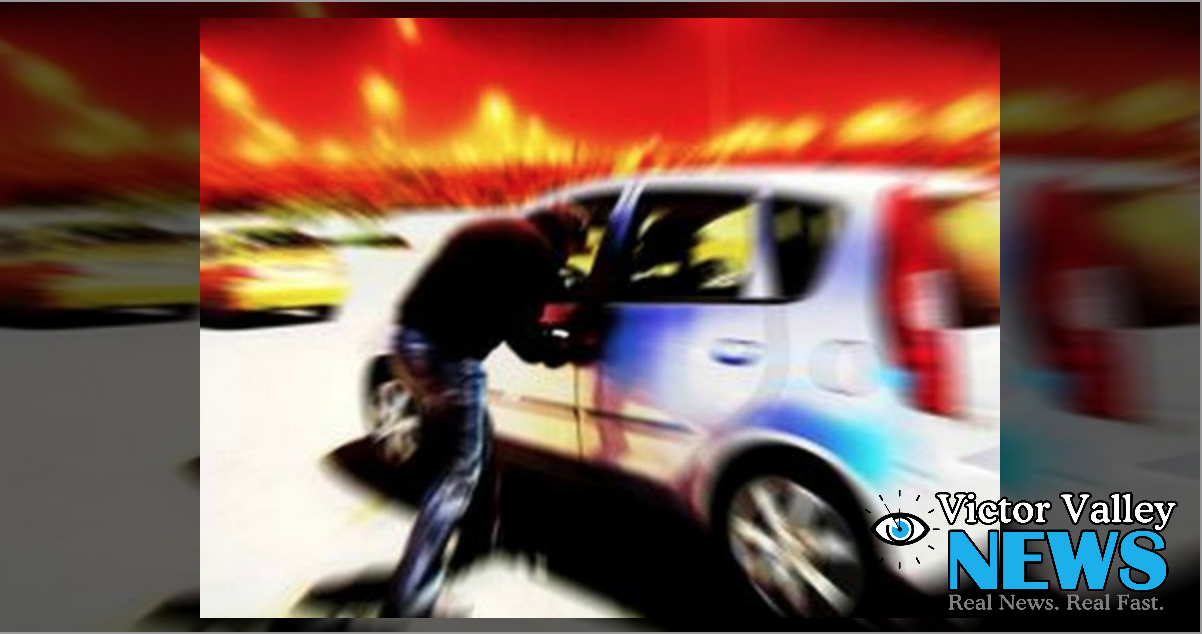 APPLE VALLEY, Calif. (VVNG.com) — A 22-year-old suspect is behind bars after he ran from police but not before ditching a stolen vehicle Tuesday morning in Apple Valley.

It happened at about 9:46 am when deputies from the Apple Valley Sheriff’s Station responded to the area of Kiowa and Little Beaver Roads reference a GTA recovery, officials said.

Winters was taken into custody and booked at the High Desert Detention Center in violation of PC496D, Possession of a Stolen Vehicle.

No injuries were reported and no other suspects remain at large.