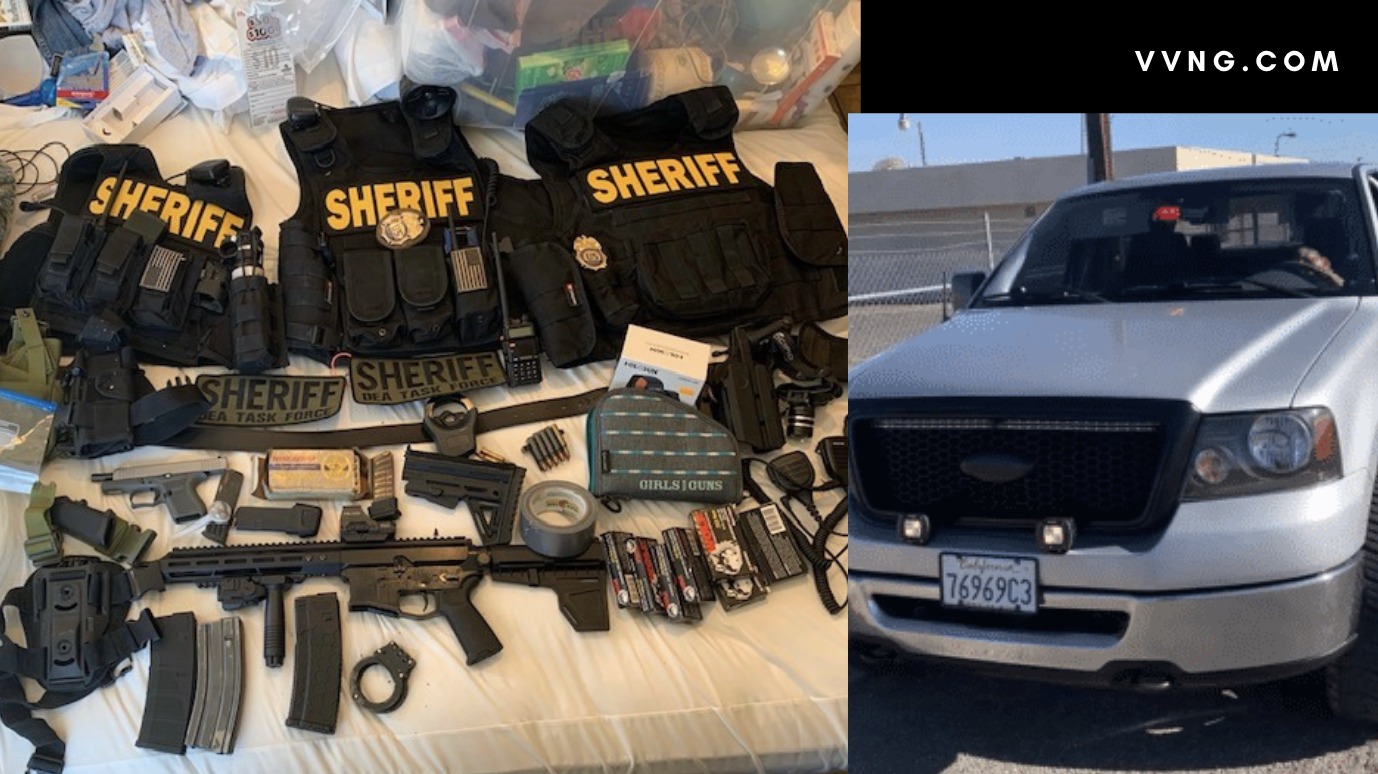 On September 14, 2021, investigators with the Sheriff’s High Desert Regional Gang Team served a search warrant at a motel in the 14300 block of Main Street.

They identified the occupants of the location as 34-year-old Bobby Bohannon and 19-year-old Kayden Cotter.

According to a news release, “a search of Bohannon and Cotter’s motel room resulted in the recovery of multiple police style vests, various replica law enforcement badges, a 9mm pistol, an AR-15 style rifle, methamphetamine, and marijuana. Upon further inspection, investigators discovered Bohannon’s truck was equipped with an audible siren and law enforcement style, forward-facing lights.”

The case has been forwarded to the District Attorney’s Office for review and consideration of additional charges.

Investigators believe Bohannon and Cotter could be involved in recent home invasion robberies and may have been impersonating a Deputy.

Investigators would like anyone who has been stopped by Bohannon or Cotter or may have further information about this case to contact Deputy J. Zeman with the Sheriff’s Gangs/Narcotics Division at (909) 380-8400. Anyone wishing to remain anonymous is urged to call the We-Tip Hotline at 1-800-78CRIME (27463), or you may leave the information on the We-Tip website at www.wetip.com.