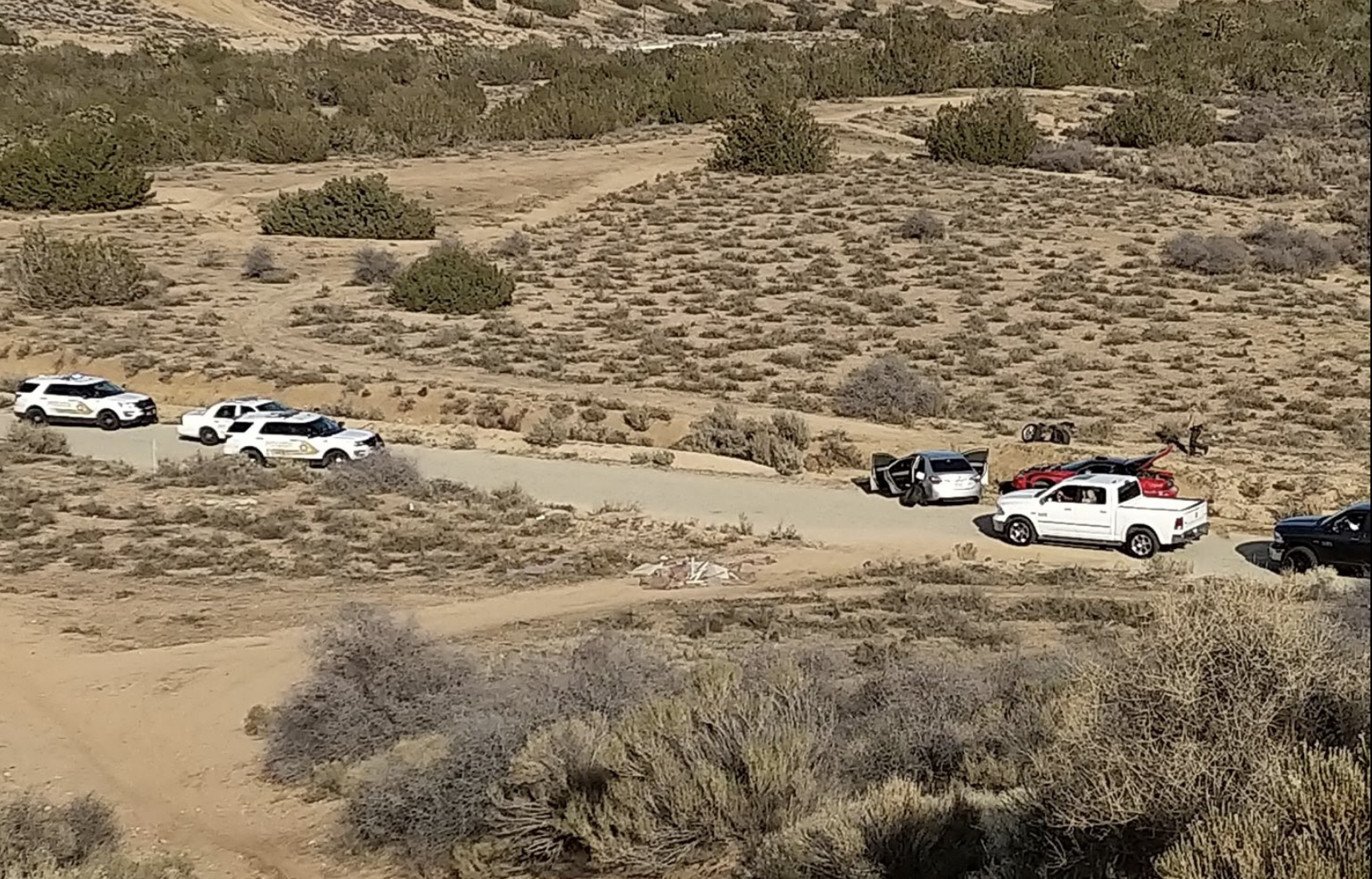 HESPERIA, Calif. (VVNG.com) — Two men in the middle of stripping a vehicle were arrested by police after a G Samaritan witnessed the suspicious activity and called 911.

It happened on January 9, 2019, in the area of Summit Valley Road and the old Hesperia Dump Road in Hesperia.

“The vehicle had been reported stolen out of San Bernardino,” Bachman said.

A witness who spoke on condition of anonymity said he saw the men and stopped to ask what happened. “The dummy said, I didn’t do it but I need parts and this thing has everything even a NOx setup,” said the witness.

According to public arrest records, Nicholas Rainwater was arrested for PC496(A) Receiving Stolen Property and was released from custody on January 10.

Hernandez was also arrested for PC496(A) Receiving Stolen Property, PC1203.2 Probation Violation, PC475(A) and 473(A), he’s being held without bail and is scheduled for arraignment in a Victorville courtroom on January 14, 2019.