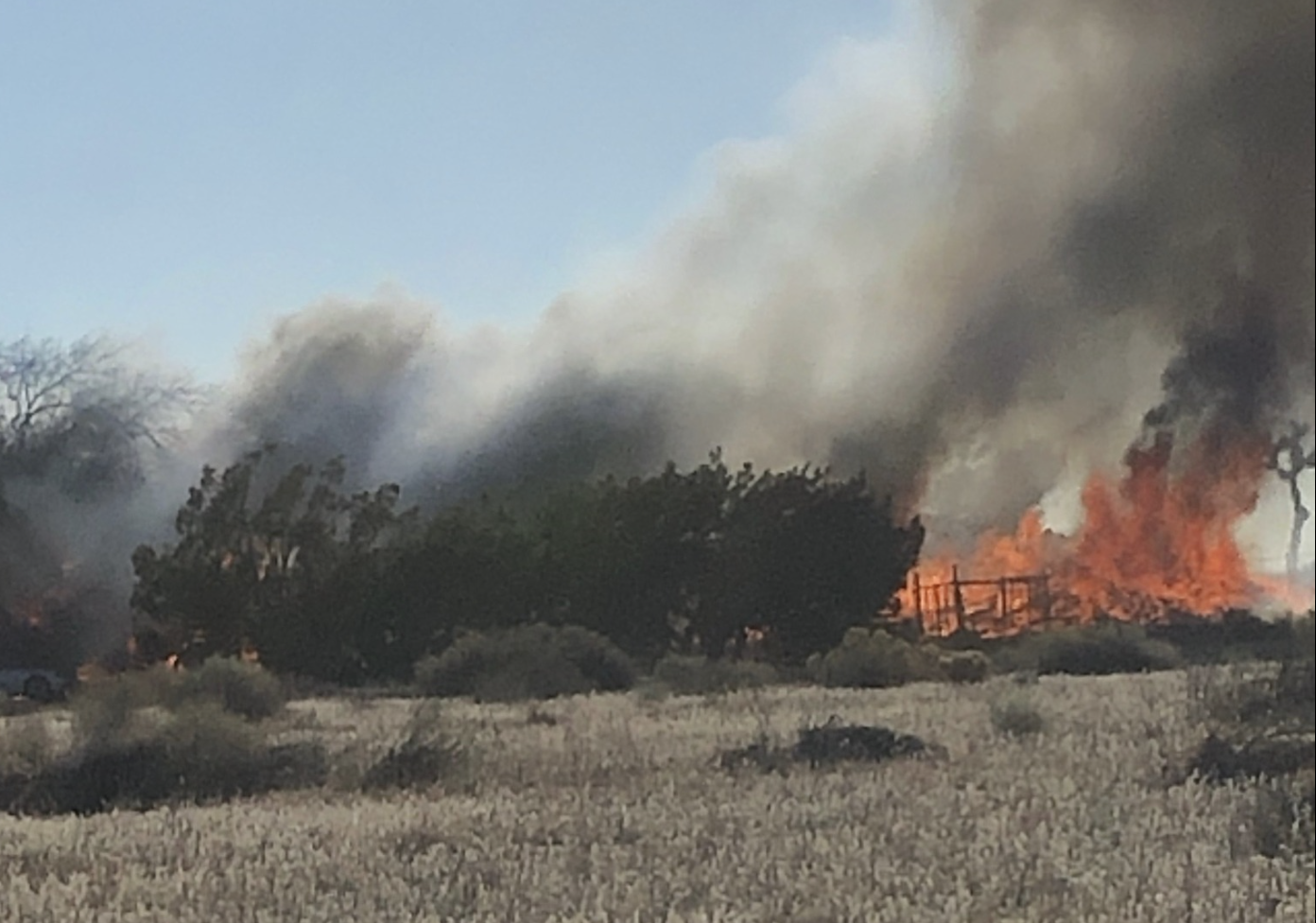 BALDY MESA, Calif. (VVNG.com) — Sheriff’s officials said that police and fire vehicles responding to an illegal marijuana grow in Baldy Mesa were damaged after driving on a booby-trapped road.

Deputies responded to a structure fire and when they arrived they found the home fully engulfed.

According to a news release, “the dirt area leading up to the residence was booby-trapped with nails sticking out of the ground, causing tire damage to responding sheriff’s vehicles and fire engines.”

There were no injuries caused by the fire and no arrests have been made. No additional information is available at the time of this release. The San Bernardino County Sheriff’s Department’s Marijuana Team will be assisting with the investigation.

The investigation is ongoing and anyone with information is asked to contact Deputy E. Martinez, at Victor Valley Sheriff’s Station 760-552-6800.