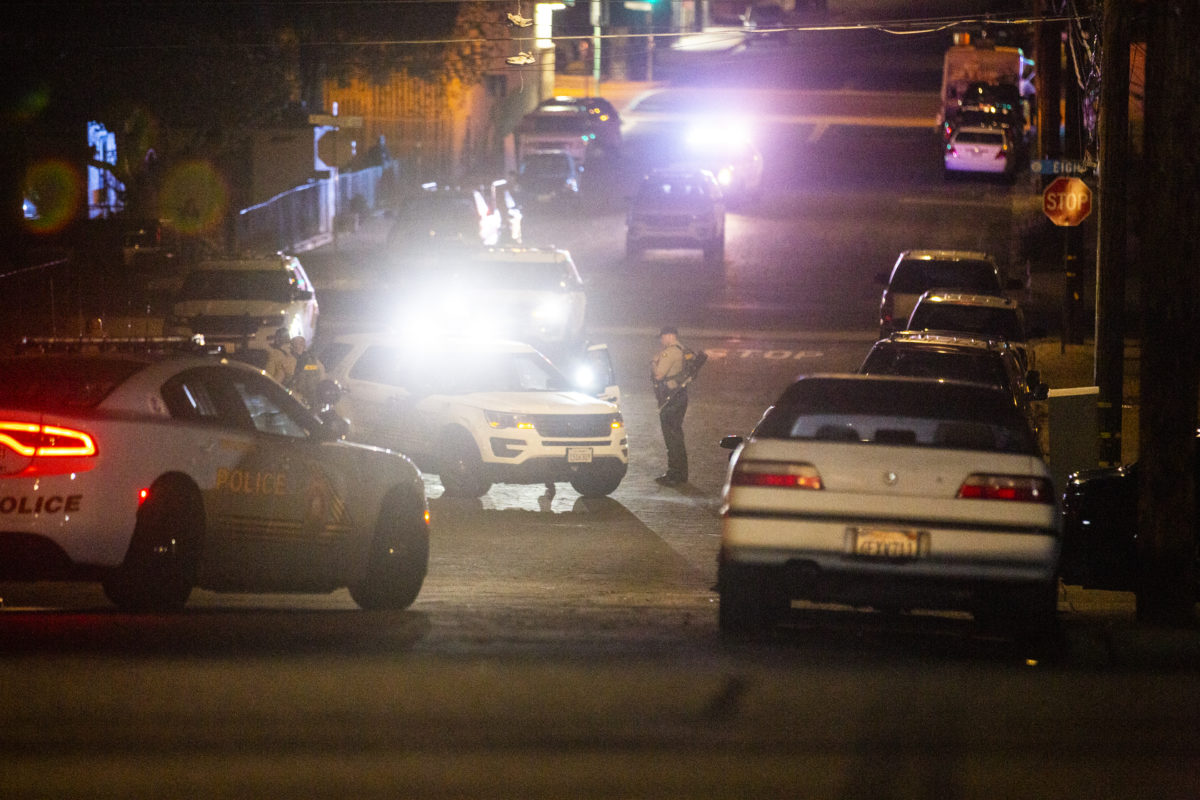 VICTORVILLE, Calif. (VVNG.com) — A stretch of B Street was closed while police investigated an incident Saturday night.

“The reporting party stated that a family member was at the location armed with a shotgun causing a disturbance threatening family members,” stated Sheriff’s Spokeswoman Jodi Miller.

“The subject was involved in a verbal argument with family members.  When the male subject learned that deputies had been called he fleed from the location,” Miller told Victor Valley News.

No one in the home or the male subject involved had received any injuries.

The subject was not found, and not arrests were made.

2 children hit by car in Barstow, both airlifted in critical condition