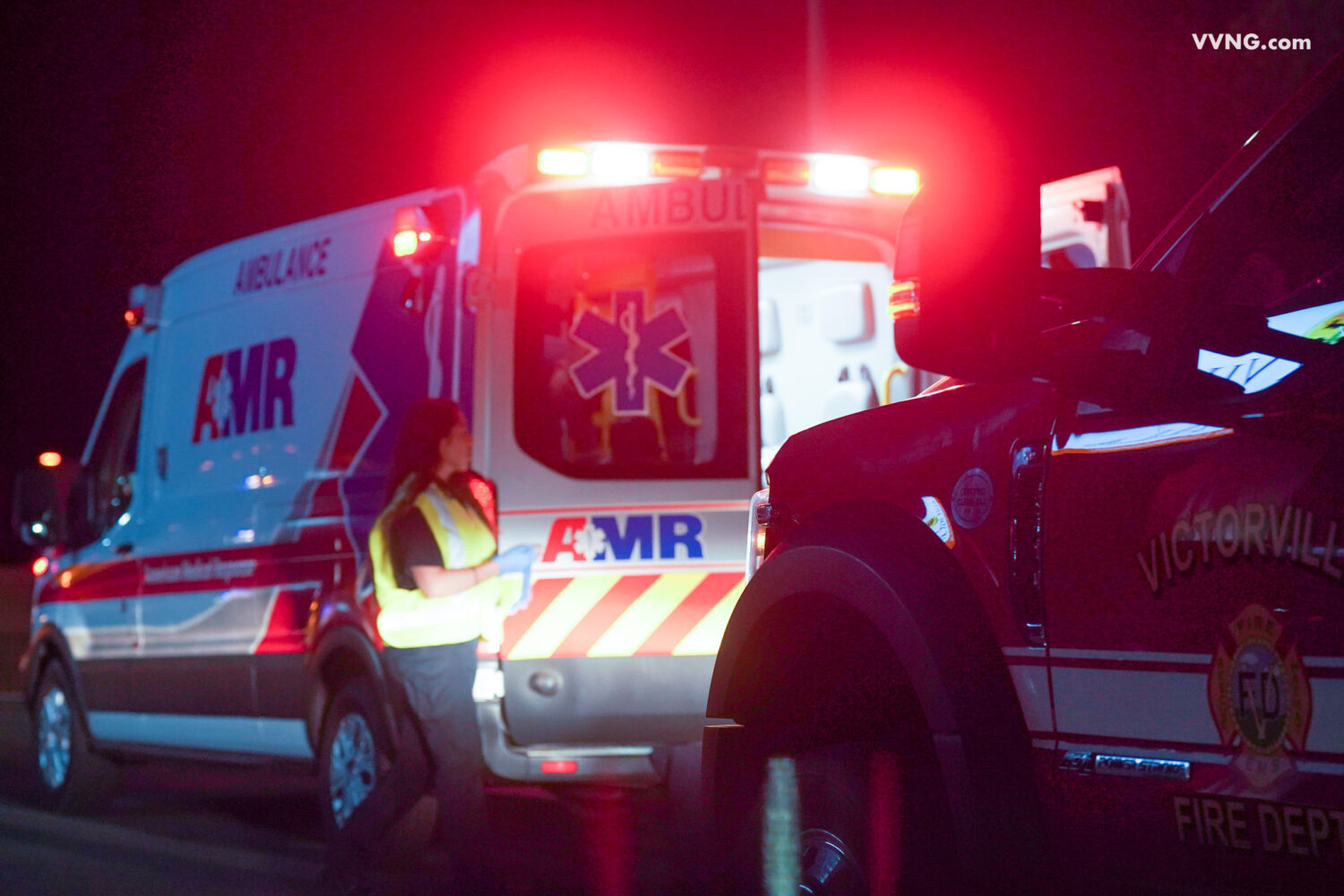 Deputies from the Victorville Police Department responded to the first scene and located two victims. One person was in critical condition.

A helicopter landed at Mesa Linda Park and airlifted the person to a trauma center.

“I was home when a police officer came knocking at my front door asking me if I heard anything, and I was surprised because my street is always quiet, and I did even hear anything, and neither did my other neighbors when I asked,” said a resident on lives on Merry Oaks Street.

Deputies from the Hesperia Police descended upon the second shooting on Second Avenue, about 8 miles from the first incident, and they located one person with critical injuries, and a helicopter was also requested.

However, there was no other helicopter available to fly the second person to a trauma center due to weather conditions, scanner traffic reported. Instead, the person was transported by ground ambulance.

It’s unclear at this time if the two shootings are related.

The two shootings are under active investigation at this time, and no further details were available for release.