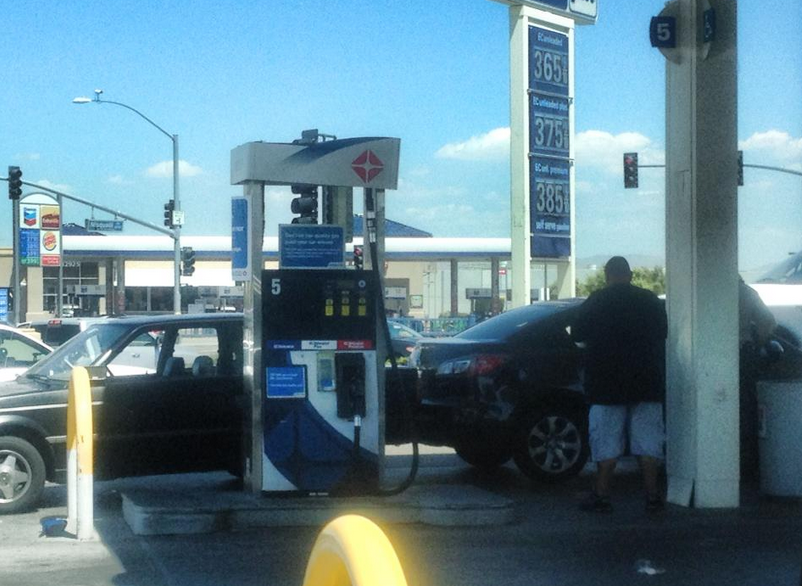 VICTORVILLE-(VVNG.com): On August 22, 2014 an assault of an elderly man occurred at an Arco gas station.   Danny Froschauer, 71, at the time was babysitting his 9-year-old great-grandson when an argument ensued regarding who got to a gas pump first. The argument, between Froschauer and the three women escalated when one of the women physically assaulted him.

station located at the corner of Hesperia Road and Nisqualli Road. Three women were detained, but due to the pregnancy of one, only two of them were arrested at that time.

On Tuesday, January 13th Brittany Johnson, 24 and Leticia Aguilar, 26 put in a guilty plea as part of a plea bargain. Johnson, plead guilty to the charge of false imprisonment of an elder or dependent by violence, which as part of the plea bargain dropped the original four charges against her. Aguilar, put in a no contest plea to assault charges, as part of her plea bargain prosecutors dropped the elderly abuse charge.

“When the officer asked me if I wanted to file charges, I hesitated for just a second because I hate to see anybody go to jail. In my hesitation I thought if it wasn’t me, the way that they were acting they would be down the road getting somebody else.  So they need to be caught because they can’t just go out beating people up and having a bad attitude,” explained Danny Froschauer.

The two were released on bail on September 18, 2014, sentencing is scheduled for February 10th. According to court records bail is continued until the February 10th sentencing. DeAngela Finney is facing charges of assault by means of force likely to produce great bodily injury and cause great bodily injury to elder or dependant. She is currently out of custody on $50,000 bail. Finney will be due in court on February 24th for an arraignment hearing.