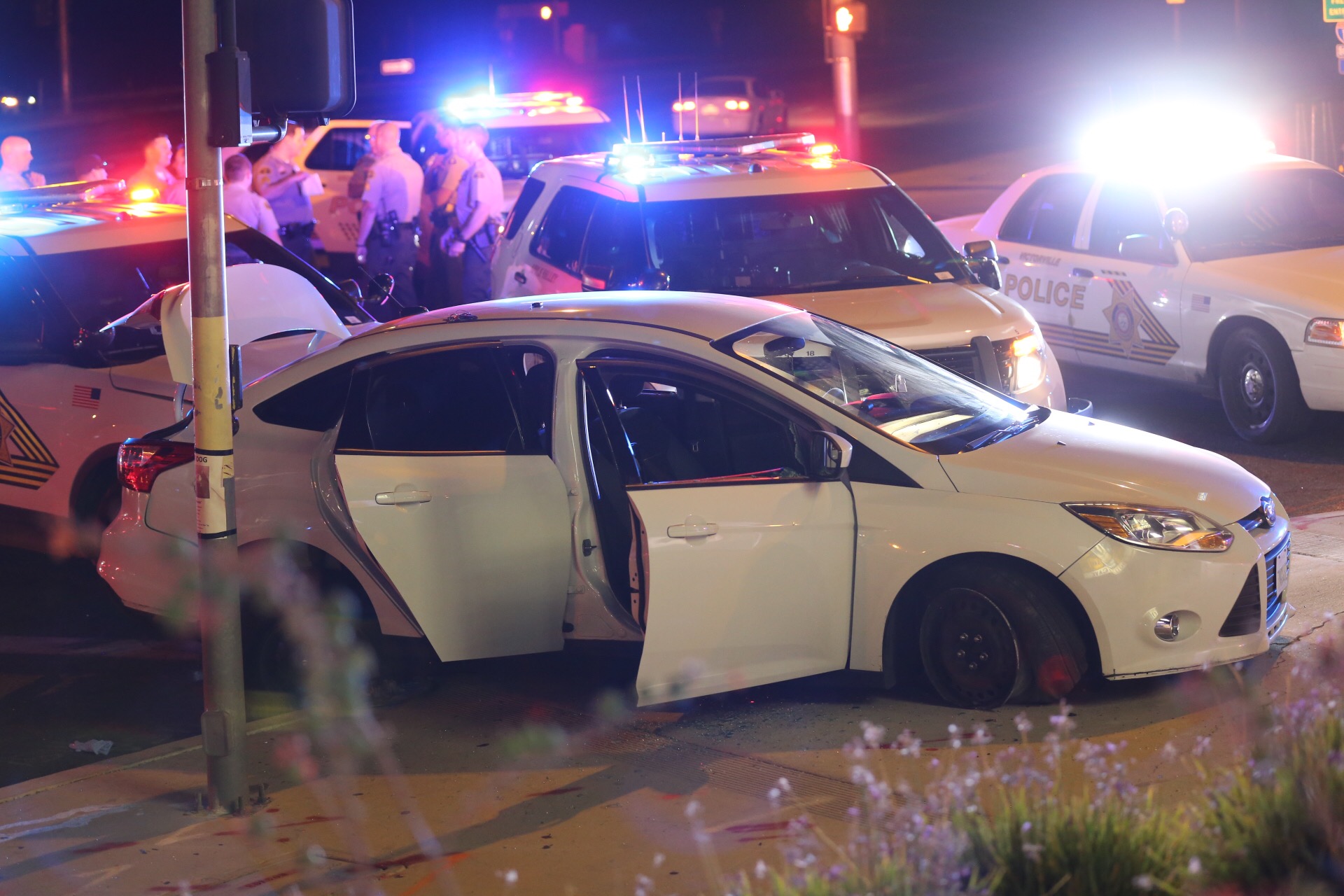 VICTORVILLE:(VVNG.com)- A high-speed pursuit that led deputies through multiple cities in the Victor Valley ended in Victorville early Saturday morning.

At approximately 12:50 a.m. CHP called out a vehicle pursuit in the area of Mojave Drive and Tawney Ridge.

The pursuit was handed over to Victorville deputies which continued to follow the vehicle at speeds of 110 mph.

The vehicle, a white Ford sedan, continued eastbound on Highway 18 at a high rate of speed before turning westbound onto Bear Valley Road towards the city of Victorville.

As the vehicle approached the 15 freeway a spike strip was deployed. The vehicle ran over the strip and continued on. A Deputy used the pit maneuver to terminate the pursuit at the intersection of Amargosa Road and Bear Valley Road.

The driver was taken into custody. Medical personnel treated the patient at the scene for facial abrasions.

At this time it’s unknown why the pursuit initiated.