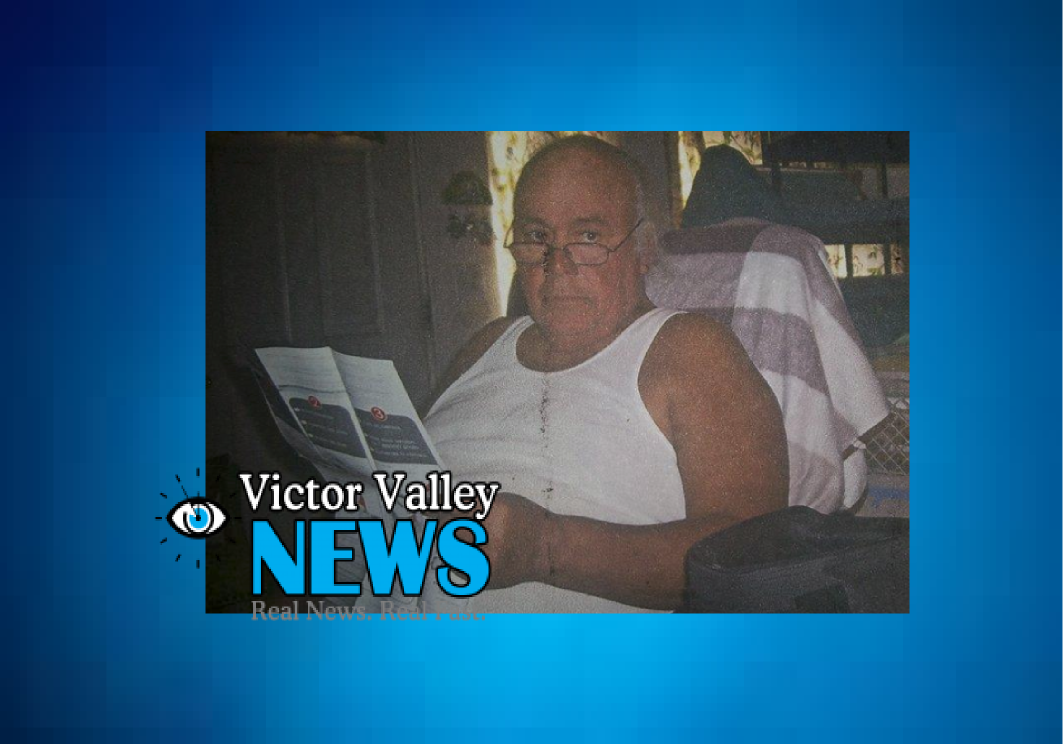 PHELAN-(VVNG.com):  Nearly three years following the murder of well-loved mother, grandmother, great-grandmother, sister, daughter and friend, a Pinon Hills man is under arrest for the murder of Linda Concepcion. Concepcion was 64-years-old at the time of the murder and in the final days of her divorce. She was planning to move to Alaska to be with her daughter, Georgina Richardson when the divorce was finalized.

Much to the dismay of Sigfredo Concepcion, Linda Conception’s husband, her daughter and her shared a very close relationship speaking on the phone daily. Daughter, Georgina Richardson, formerly known as Georgina Concepcion was the stepdaughter of Sigfredo and the two had a volatile relationship where he constantly tried to cause a rift between her and her mother.

Although, according to Richardson, her mother did not share stories of physical abuse with

her, before leaving she had witnessed verbal abuse to her mother.

In the early afternoon of Sunday, July 8, 2012 Georgina did not receive the after church call she had grown accustomed to receiving from her mother. The calls normally came in just before 12:30 p.m. Richardson went on with her day thinking that her mother may had just forgotten her phone when she left home that morning. She continued to send her text messages and make calls throughout the day. At 8:00 p.m. all reasoning ended and fear for her mother’s safety set in, which lead her to call the home of her mother.

was told never to call the house, since her stepfather did not like her and it would cause problems.  She left a message saying that she was concerned about her and could not get a hold of her so she planned on calling the Sheriff to request a well check.  When she hung up she immediately called the San Bernardino County Sheriff’s department to request a well check on her mother in the 4200 block of Cayucos Road in Phelan.

Soon after leaving that message and before Sheriff’s made the discovery, according to Richardson Sigfredo Concepcion called the Sheriff’s department claiming to have just found his estranged wife unresponsive in the chicken coop. Richardson believes that call was made after he heard the message she left about calling the Sheriff’s office to perform the well check.

so she called the Sheriff’s Station to follow-up. The Sheriff’s Deputies had just arrived at the home at approximately 10:30 p.m. for the well check and located the lifeless body of Linda in a chicken coop just behind the home. Immediately following the discovery, they called Homicide detectives to assist in investigating the suspicious death.

During the follow-up call, they told her only that a detective would call her back. Immediately, she became alarmed, thinking her mother was involved in a vehicle accident or something of that nature. When she received the call back it was something far worse, the detective told her that her mother was found dead inside of her chicken coop.  At the time there was no information on the circumstances leading to her death or the cause of death,

Concepcion later called Richardson claiming to be upset about the death of her mother and the fact that Richardson and himself had a troubled relationship. Richardson did not believe it, she believed that he was lying based on his mannerisms during that call.

In order to confirm she knew she would have to meet with him in person. Richardson arrived in California three days later and could tell immediately that he was being deceptive. In order to facilitate the investigation she followed his lead, as if she was believing all that he was saying.

The cause of death was determined to be a fatal gunshot wound, were not only suspicious to her, but to the detectives on the case. The 64-year-old woman just happened to be shot two days before the divorce was final and shortly after her estranged husband was enraged when she left for five days to visit her daughter and grandchild in Alaska.  Concepcion planned on moving to Alaska when the divorce was finalized. Just weeks prior to the murder, Linda went back to the court to ask for all of the couple’s assets to be split down the middle.

According to Richardson, Sigfredo Concepcion wanted nothing to do with the body of her then deceased mother. The body of her beloved mother was quickly signed off to her, so she could be cremated and released to her to return with her daughter to Alaska. Concepcion sold the home belonging to himself and her mother two weeks

following her death and quickly purchased a Pinon Hills home.

On Thursday, March 19th the San Bernardino County District Attorney filed charges against her once husband, 73-year-old, Sigfredo Concepcion. The arrest was made the following day, Friday, March 20th in the 10300 block of Evergreen Road in Pinion Hills. Concepcion was taken to the High Desert Detention Center in Adelanto where he was booked, then subsequently transferred to West Valley Detention Center in lieu of $1000000 bail. Concepcion is scheduled for arraignment at the Victorville Superior Court for Tuesday, March 24th.

The relief is bittersweet for her daughter, who misses her mother and the relationship they once shared. She expressed her feelings by saying, “I cannot tell you the joy, happiness and sense of relief I feel right now. This has been almost 3 years of hell and tears for me, it has emotionally torn me apart hundreds of times. I finally feel the closure, I have been longing for, for so long. I’m in a state where I want to cry, but this time rather than tears of sorrow, they are tears of happiness.”