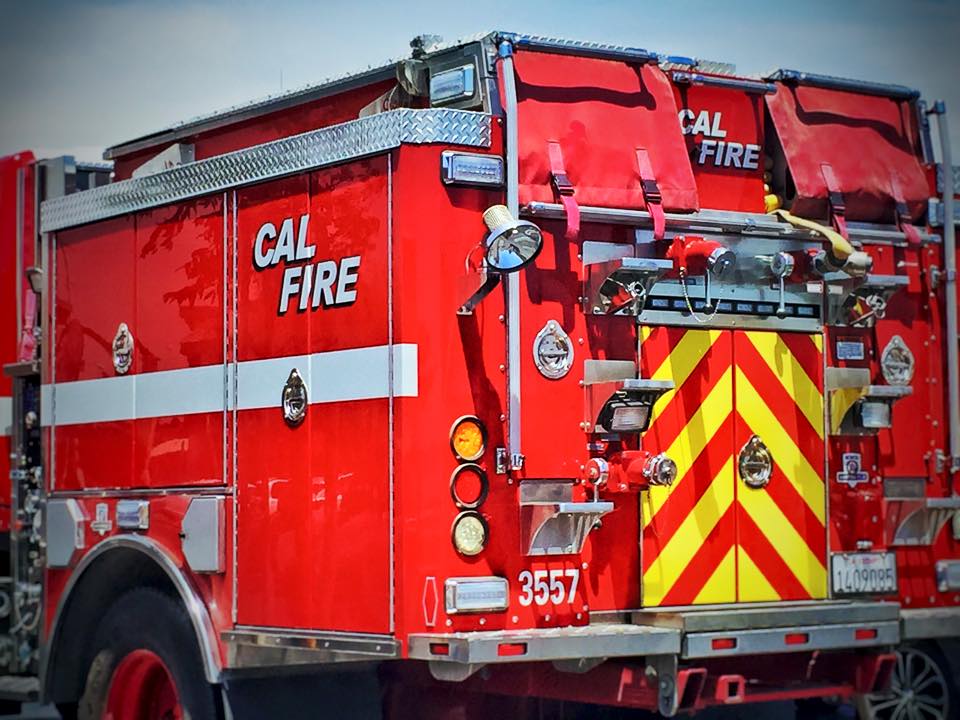 PINON HILLS-(VVNG.com):  At about 9:37 p.m. on Saturday, October 24th, a Pinon Hills resident called 911 to report an unknown type of fire in the neighborhood nearby. Upon Cal Fire Firefighters arrival on scene, the fire was upgraded to a structure fire on the 14900 block of Snowline Drive.

The firefighters arrived to a single story, single family home with a fully involved garage with extension of the fire into the home. Within minutes the entire home was fully involved with unknown explosions coming from the house. The raging blaze immediately spread to nearby vegetation, but the explosions and spread to vegetation were stopped by 9:52 p.m.

Firefighters requested Southern California Edison and an investigator to the scene. At this time it is unknown how many were displaced by the fire. No injuries were reported as a result of the fire. The cause of the fire is currently under investigation at this time.