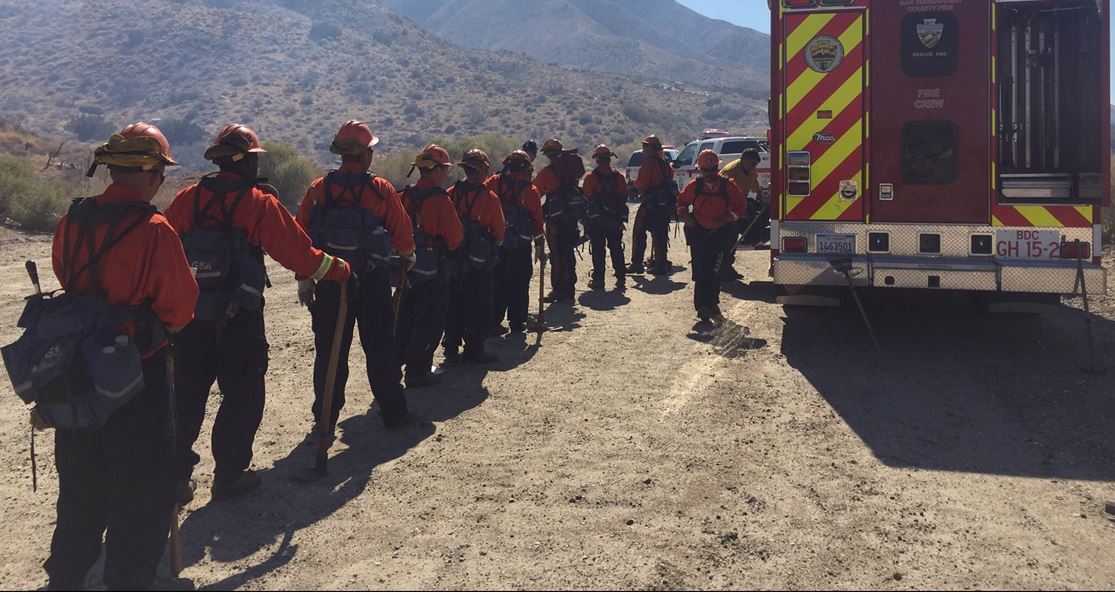 HESPERIA, Calif:(VVNG.com)- Firefighters made significant progress over the last 24 hours and the Pilot Fire is now at 64% containment and 7,861 acres.

Today’s temperature is expected to be warmer with a high near 90 degrees, humidity is expected to remain in the low teens. Winds will continue out of the south-west from 10-15 mph with gust as high as 30 mph.

Inmate Fire Crews were deployed to the Pilot Fire on August 7th & 8th with a 20 man team. On August 9th & 10th a 10 man team responded to the fire. The Inmate Fire Crews have worked tirelessly alongside firefighters digging trenches and clearing brush.