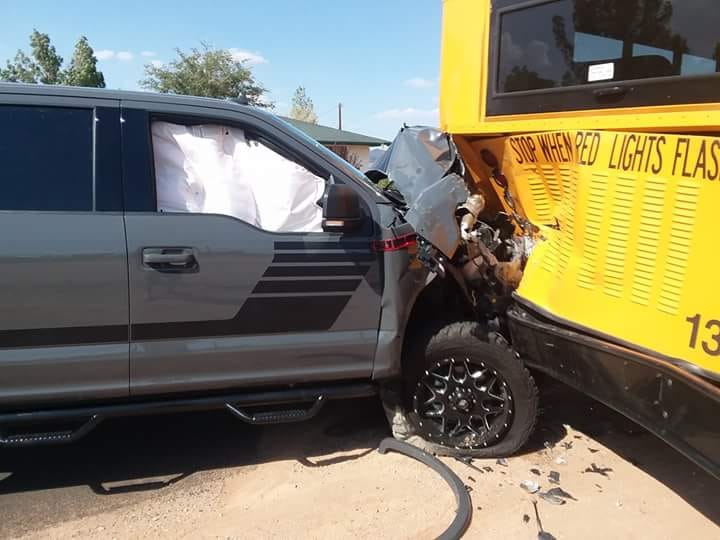 APPLE VALLEY, Calif. (VVNG.com) — A 45-year-old man was transported to a local hospital after slamming into the back of a school bus here Friday.

When officials arrived at the scene, they located a gray Ford F-150 Raptor that had crashed into the rear driver side of an Apple Valley Unified School District bus. The crash appears to have occurred along the dirt shoulder of Zuni Road.

Victor Valley News Group member Traci Hester said, a parent was picking up their kids and drove straight into the back of the school bus.

AVUSD Spokeswoman Kilee Caudell, stated there were no injuries to any students and all students have been released to parents/guardians.

According to witnesses at the scene, the driver of the truck was transported by ground ambulance to a local hospital with unknown injuries.

The official cause of the accident remains under investigation by the Victorville CHP office.