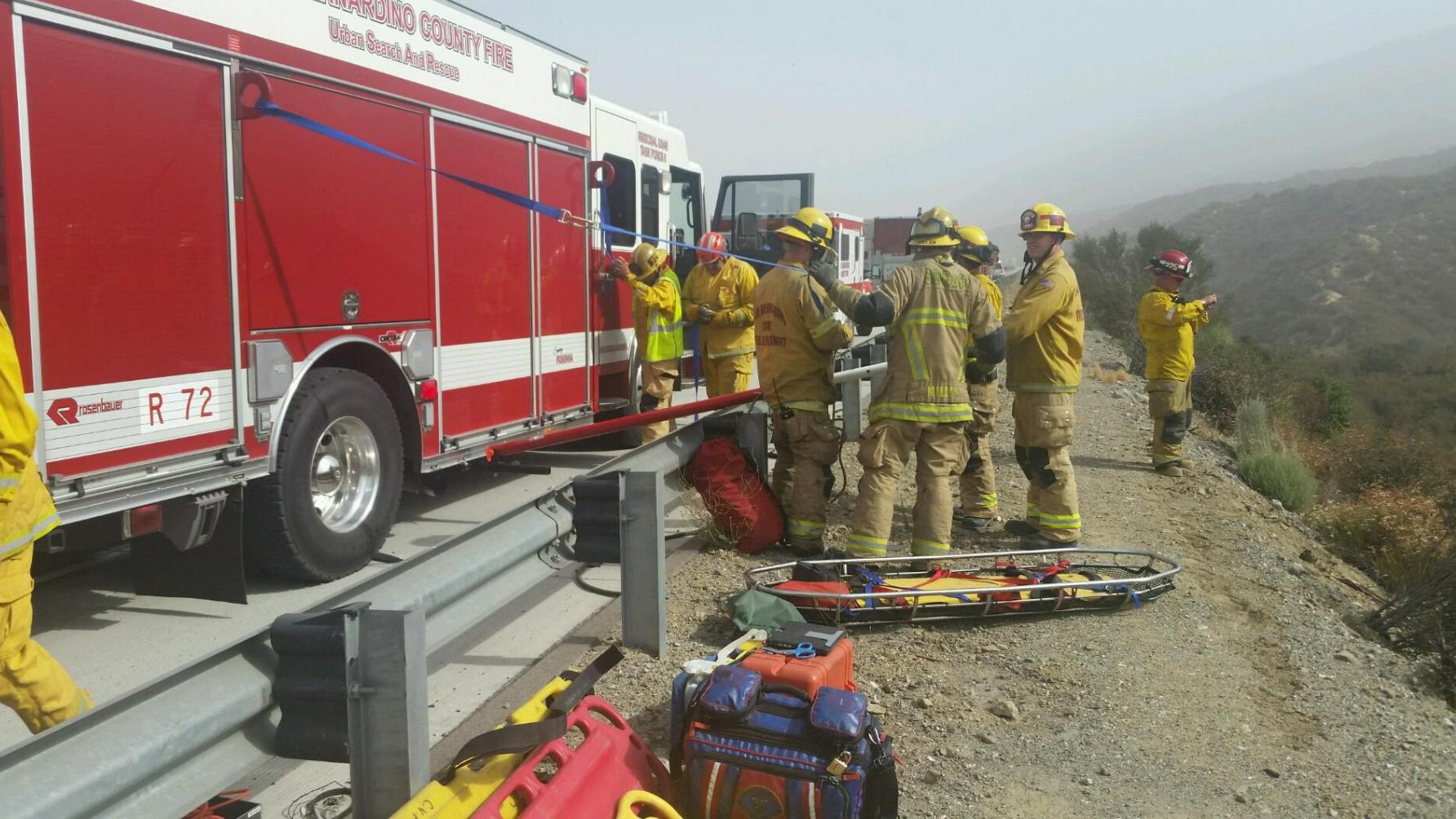 CAJON PASS, Calif – Four people were injured after the pickup truck they were in flew off the northbound I-15 freeway and rolled down an embankment.

For unknown reasons the truck, a blue Toyota Tundra went over the side and rolled several times before coming to rest on its wheels down a 150 ft. embankment.

One patient classified as immediate was transported by ground ambulance to Loma Linda University Medical Center.  Three others, classified as delayed were also treated for non-life threatening injuries.

A total of 29 fire personnel responded to the scene including, one Batallion Chief, four Paramedic engines, one heavy rescue, one Paramedic Squad, five Paramedic Ambulances, and one hand crew.

The crash caused major traffic delays on the northbound side of the freeway due to the no.4 lane being shut down for an extended period of time.

The cause of the accident remains under investigation by the California Highway Patrol.