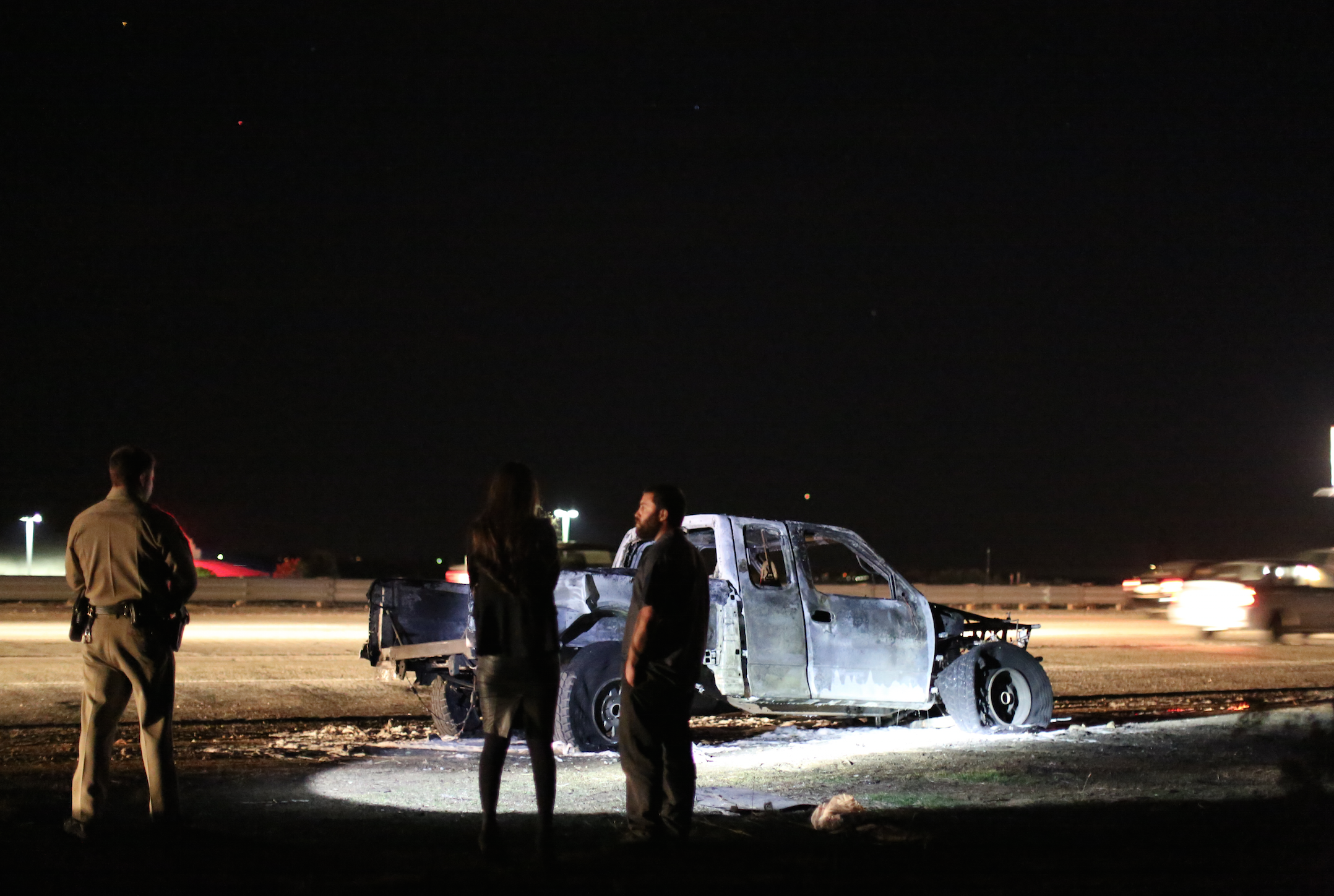 HESPERIA:(VVNG.com)- For unknown reasons a 1999 white Ford F-150 erupted into flames along the northbound 15 freeway just after the Oak Hills Road exit.

According to CHP incident logs, the vehicle fire was reported at 5:29 PM on Wednesday, January 7, 2015.

The pickup truck was occupied by a male and female, both made it out safely and were not injured.

Many Victor Valley News members reported the truck was fully engulfed in flames and appeared to have exploded. Rober Hijar a resident of Hesperia stated he could feel the intensity of the heat as he drove by.

Firefighters arrived on-scene and quickly put out the fire. The vehicle is a complete loss.

The incident caused traffic to temporarily slow down due to onlookers. The cause of the fire has not been determined. CHP closed the incident at 5:52 PM.

As a reminder if you see or smell smoke coming coming from your vehicle immediately pull to the shoulder and safely exit the vehicle.