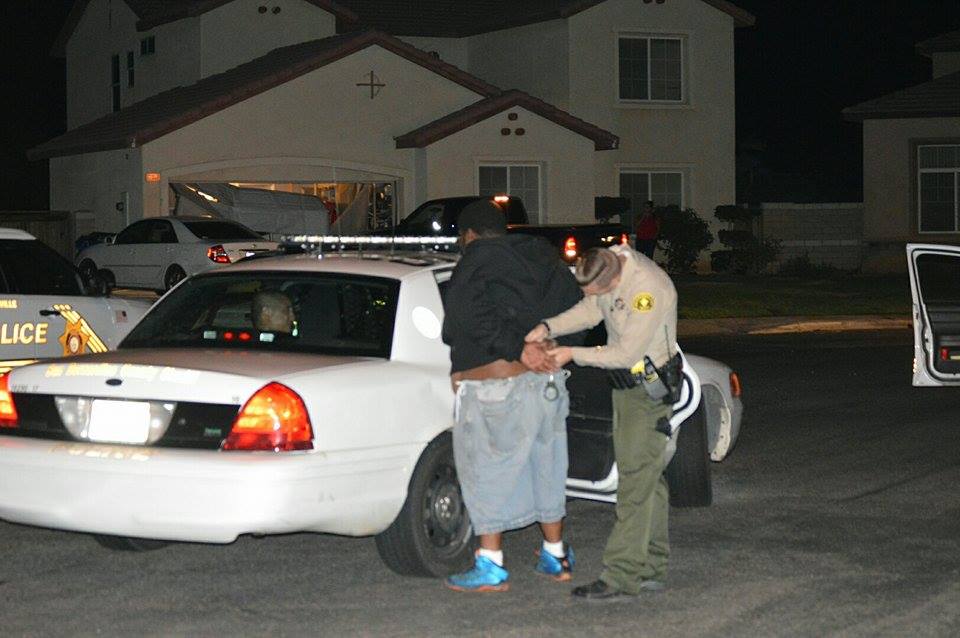 VICTORVILLE-(VVNG.com): On Tuesday, September 15, 2015 at about 11:30 P.M., a Ford truck occupied by three males crashed into the garage of a two-story home located on the 13800 block of Dodie Avenue in Victorville.

Two of the three occupants fled from the scene. The third male remained at the scene of the collision.

Per witness statements, all three subjects appeared to be drinking. “One of the two that fled was apprehended a short distance away,” said San Bernardino County Sheriff’s Department Spokesman, Sgt. Dave Burgess.

There were no injuries reported as a result of the incident.

The two arrested were later identified as, 25-year-old Jose Ochoa and 25-year-old Shaquan Burke. The two were booked into the High Desert Detention Center for public intoxication.

An additional hit and run and DUI investigation are underway. The two detained were cited and released with no scheduled court appearances at this time.