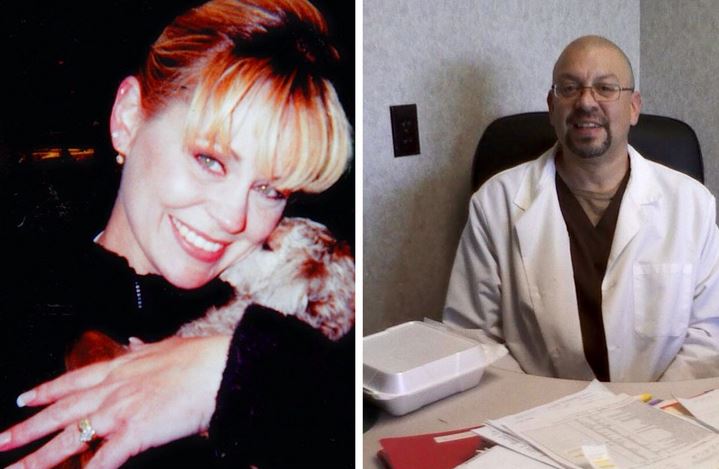 (VVNG.com)- A March 7, 2011 cold case of the murder of a beautiful, lively, fun-loving mother of two is finally is being brought to the forefront after the mother of the victim’s family plead with the detectives to take another look at her daughter’s case. Rhonda Desha McClain, 41 was found deceased in the bathtub of her then boyfriend 50-year-old, Rafael Ubaldo Chavez’ home, where she was then living at the time of her death.

The report of her being unresponsive in the tub was made by her then boyfriend, former Physician’s Assistant in Apple Valley. Chavez

claimed that the death of McClain was accidental and the cause of death was assumed to be drowning. From the beginning, according to family he was not forthcoming with information and the information that they did get from him was not consistent. The initial coroner report showed that the cause of death was drowning, but after Penny Adams provided more information to the detectives the report was changed by the reviewing board to “undetermined”.  The family of the victim, felt strongly that Chavez was responsible for the death of McClain shortly after her untimely death.

According to Penny Adams, Rhonda’s mother, Rhonda had met Raphael at an appointment at the office where he had worked and after that the two had a year-long relationship. The family and friends of Rhonda felt that the relationship was immediately and terribly controlled by Chavez. Rhonda had moved in Chavez in March 2010, surprisingly sending the 5-year-old daughter who she adored, to live with her ex husband who lived about 40 minutes from her new home. McClain’s family feels that this was because Chavez had told her that she should have “no attachments to the past”.  Rhonda, who was described as a strong, intelligent and sometimes strong-willed woman, surprisingly complied with his demands, which included going by only her middle name “Desha”.

The family was aware, prior to her death that Chavez  had  been practicing his medical skills on her outside of the office by removing a tattoo on her finger and giving her steroid shots so she could gain weight. Adams said, “In Rhonda’s cell phone there is a message to her from Rafael where he states, “I don’t hate both of your children, just one of them.”.  The family still are not sure if he was speaking of Rhonda’s daughter Savannah, who was only 5 years old at the time or her 22-year-old daughter, Brittany. She assumes he meant Brittany, her outspoken and confident adult daughter, since she was honest about her not so pleasant feelings about Chavez from the beginning of their relationship.  Brittany also had shared information with the family about how Chavez had kept prescription drug samples in the closet of his home.

The family and friends of McClain, who were shocked and devastated by the untimely death never believed what Chavez said had occurred. After the death of her daughter, Adams found a text message on her daughter’s phone saying she was planning on leaving Chavez on March 11th, her plans to leave never were carried out due to her death just four days prior. Chavez, who was a Physician Assistant working in the Apple Valley area, faced 10 separate charges putting his license at risk, which ended on March 7th, 2014, exactly three years to the day of McClain’s death. His license was revoked, effective as of June 19, 2014.

Rhonda was a mother, a daughter, a sister, a cousin, a loving friend, and a grandmother to two grandchildren who were born at her time of death and one that will never meet his grandmother. Adams feels that  justice will only help heal some of the many wounds of losing her daughter, but nothing will bring Rhonda back to the family and friends who miss her extraordinarily.  Savannah will never get to sit on the ground with Rhonda and play with Barbie’s, she will never have bedtime stories read to her in her mother’s loving arms, and she will grow up not having the mother she loved so much. Brittany, now 25-years-old and married with three children, gave birth to her last son in 2013 without her mom around and she knows that her three children will have to live without truly knowing their grandmother.

Chavez is currently being held at the Adelanto Detention Center on a one million dollar bond, if convicted of first degree murder he could face 25 years to life in prison. In the August 29th arraignment Chavez pleaded not guilty to the charge of murder.  A bail hearing is set for Wednesday, September 3rd at 8:30 a.m. Attorney Tomas D. Requejo has been retained by the defendant for his future court proceedings. 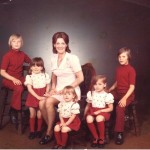 Rhonda with her mother, two sisters and two brother’s as a child. Rhonda is the girl farthest to the right. 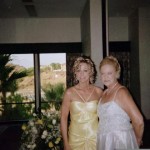 Rhonda with her mother Penny Adams. 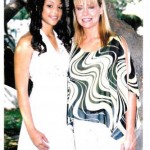 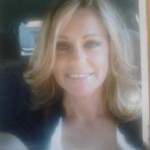 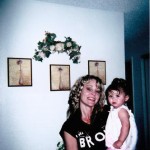 Rhonda with Savannah, her daughter. 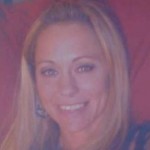 Six Children and Over 60 Animals Removed From Residence