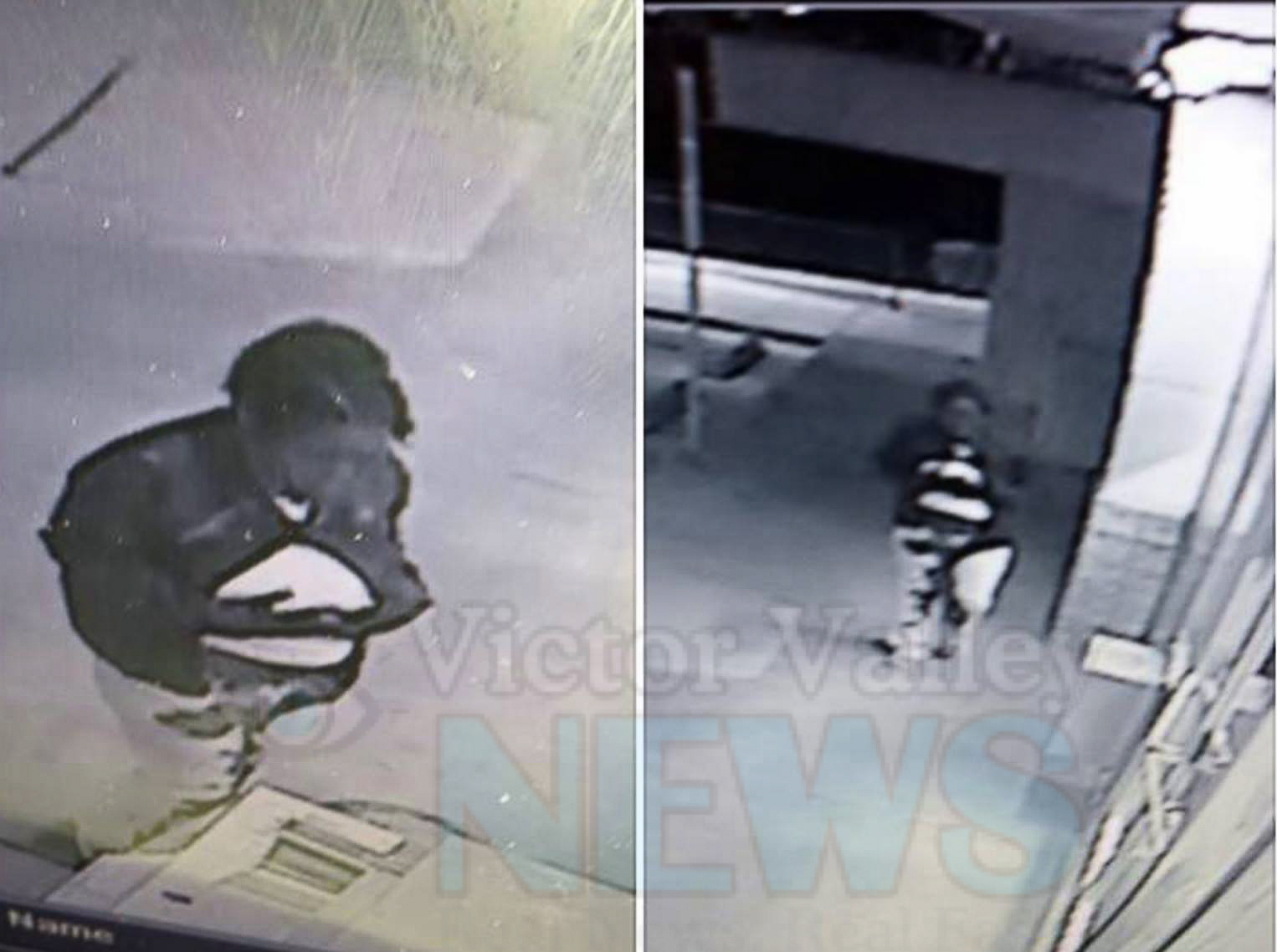 VICTORVILLE-(VVNG.com): A photo obtained by Victor Valley News shows a black female adult that may have possibly been carrying the newborn baby she allegedly abandoned for dead moments after the images were captured.

In the photo you can see 38-year-old Teresa Rene Reed walking near a business complex holding what appears to be a baby and wearing bloodied pants.  The photo was taken from surveillance in a nearby business complex where the baby was discovered.

Two witnesses stumbled upon the newborn at around 11:30am Sunday December 6th 2015 after walking near the 14200 block of 7th Street and Greentree Boulevard. San Bernardino County Sheriff’s were immediately dispatched and an extensive investigation closed off portions of the roadway for over 9 hours.

One of the witnesses, Lisamarie Amador, stated that the baby appeared to have frozen overnight, as the night temperatures dropped into the low 30’s. “The baby was a little girl and it looked like she was full term. She had her umbilical cord attached to her and she had blobs of blood on her and the bag (amniotic sac) was right above her head. Her hair , all the placenta stuff, was frozen, like she was sitting there and froze overnight.” She also told Victor Valley News that she was unable to determine the race of the baby since her body was purple.

The body of the newborn baby girl was picked up by the San Bernardino coroner’s office where the cause of death is still being determined.

Within 24 hours of the baby being discovered Reed was taken into custody at the old Victor Elementary school building located at 15579 8th Street. The building was the temporary location for the Victor Valley Rescue Mission warming shelter through Sunday night, where Reed had spent the night.

“Police came by early in the morning and asked if there was a person that matched her name at the shelter. The shelter offered them the logs of people who stayed for the night. Authorities waited for the woman to come out and that is when they arrested her,” Stated Bill Edwards who is the director of the Victor Valley Rescue Mission. He also stated that authorities never gave the shelter any information as to why she was being arrested. “It is an emergency warming shelter and it is there to serve the public when the weather is too rough for those without shelter. If there was any indication that she needed any assistance we offer referrals and would have insured there was something done to help her. If you want people to stay healthy, you help them with a meal and a nice warm place to stay.”

The site where the newborn baby girl was abandoned and found dead on Sunday was filled with memorials, candles and remembrances. Dozens showed up at different times throughout the night to pay their respects and to reflect on the tragic circumstances that occurred the previous day.

Among those that lit a candle and offered prayers to the innocent baby were Steven Palma, Vickie Reyes and her daughter Eve. “My daughter left a stuffed animal and asked me if she thought the baby will enjoy it from heaven,” said Reyes. She also reflected on the irony that there is a Christmas tree made of lights, which was placed by the City of Victorville early December, directly in front of where the baby was located, “I wonder if that was also a reason she chose that spot to lay the baby down.”

Reed is due in court for an arraignment hearing for murder charges at the Victorville Superior Court on Wednesday. Meanwhile Reed, who allegedly left her newborn child for dead in the parking lot of a small strip mall, is being held at the West Valley Detention Center and is ineligible for bail.