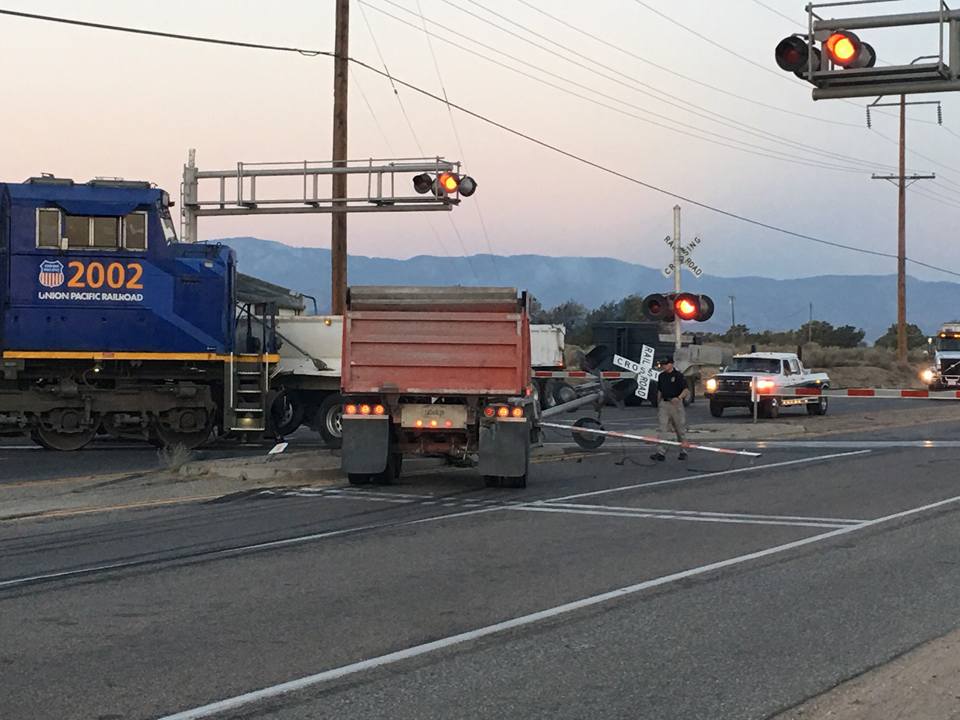 PHELAN, Calif – Phelan Road was shut down in both directions for several hours on Monday morning following a train crash.

At about 6:00 a.m. on Monday, August 1st a crash involving a Union Pacific locomotive collided with a semi-truck on Phelan Road at the railroad Crossing near White Road.

Authorities said the semi was traveling westbound on Phelan Road and unable to stop as it approached the train tracks. The tractor-trailer came to a stop on the center divider.

According to the California Highway Patrol incident logs, the semi made a left turn onto the railroad tracks and hit the engine of the first rail car.

A railroad crossing sign damaged in the crash was removed from the roadway and Phelan Road was reopened at about 9:00 a.m.

No injuries were reported and the cause of the crash is currently under investigation, stated Union Pacific Director of Media Justin Jacobs.

Man Extricated From Crash on Bear Valley Road in Victorville