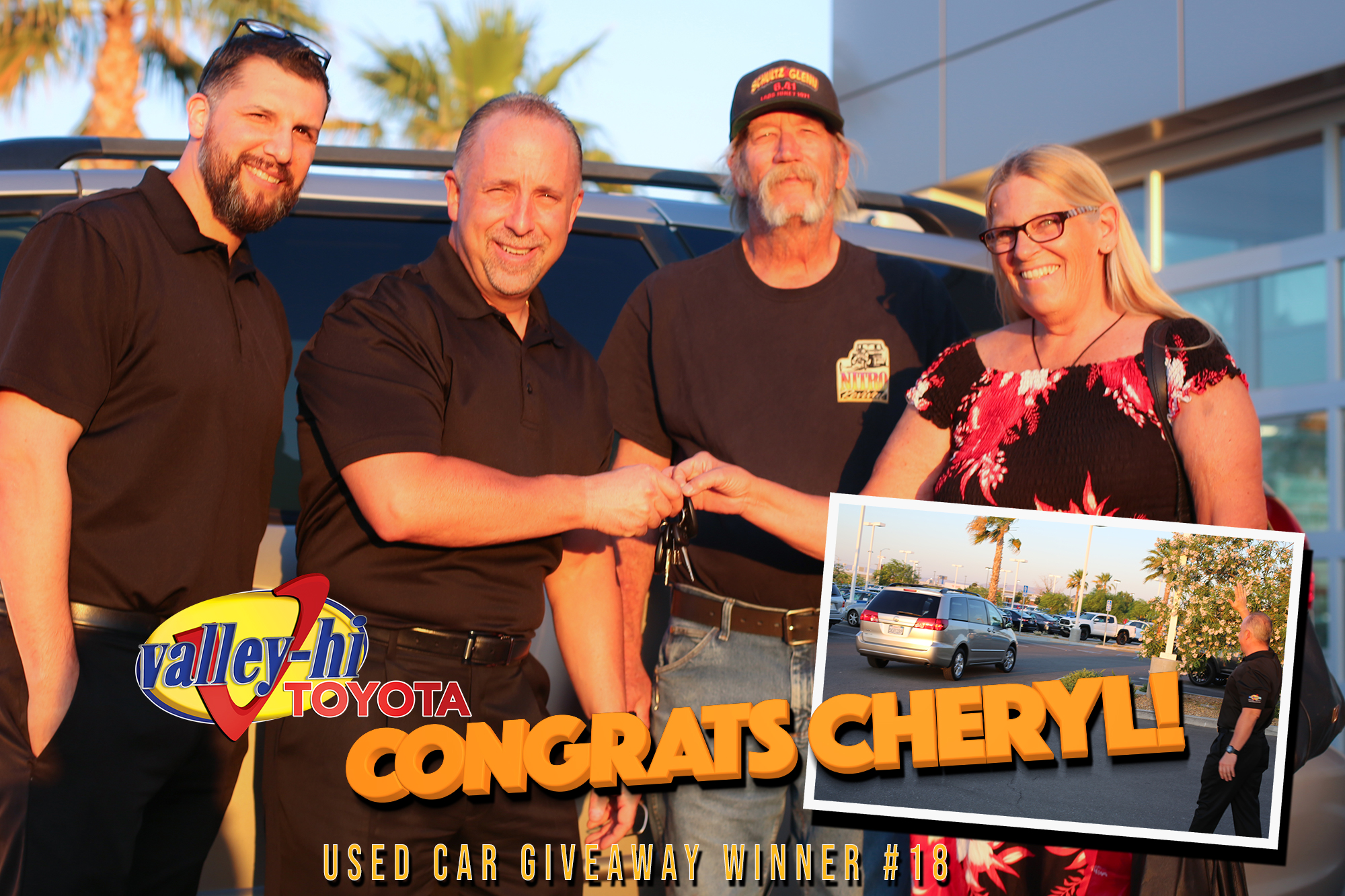 VICTORVILLE, Calif. — “I still can’t believe I won a Sienna from Valley Hi Toyota!,” said Cheryl Glenn of Phelan. “I love the fact that they (the Toyota dealership) does this still. The High Desert needs some good news.

Glenn drove off the lot last Thursday during Valley Hi Toyota’s New Car Owner Event. She was one of 25 finalists who were invited to spin the wheel at Toyota’s booth during the San Bernardino County Fair. “She was spinning 3rd, and I was thinking that it would be a miracle if the wheel lands on the winning spot,” Troy Glenn, her husband explained.

Valley Hi Toyota unveiled their 18th giveaway vehicle on April 1st. Brian Ortega, Creative Director at Valley Hi Toyota, played a practical joke by concealing a non-functional Toyota Corolla and fooled GM Todd Stokes. “I thought by going Live on Facebook and unveiling a car like that people would get a kick out of it (watch videohere.) Many people knew it was a joke,” continued Ortega. Through a series of events and contests, 4,000 contestants dwindled down to 25 excited finalists.

“We had a great time setting up at the SBC Fair and getting outside the dealership to participate with the finalists,” said Stokes. “I enjoy the contests and engagement we build on Facebook, Instagram, and YouTube pages.

Cheryl Glenn is an active participant on the Valley Hi Toyota Facebook page and posts comments on the Valley Hi Toyota Friends Group Page. “Everyone is so supportive, I wish everybody luck. I was speechless when I won. Brian teases that once people win they no longer participate in social media posts, but I assured him that the people are my friends. I’m not going anywhere!” said Glenn.