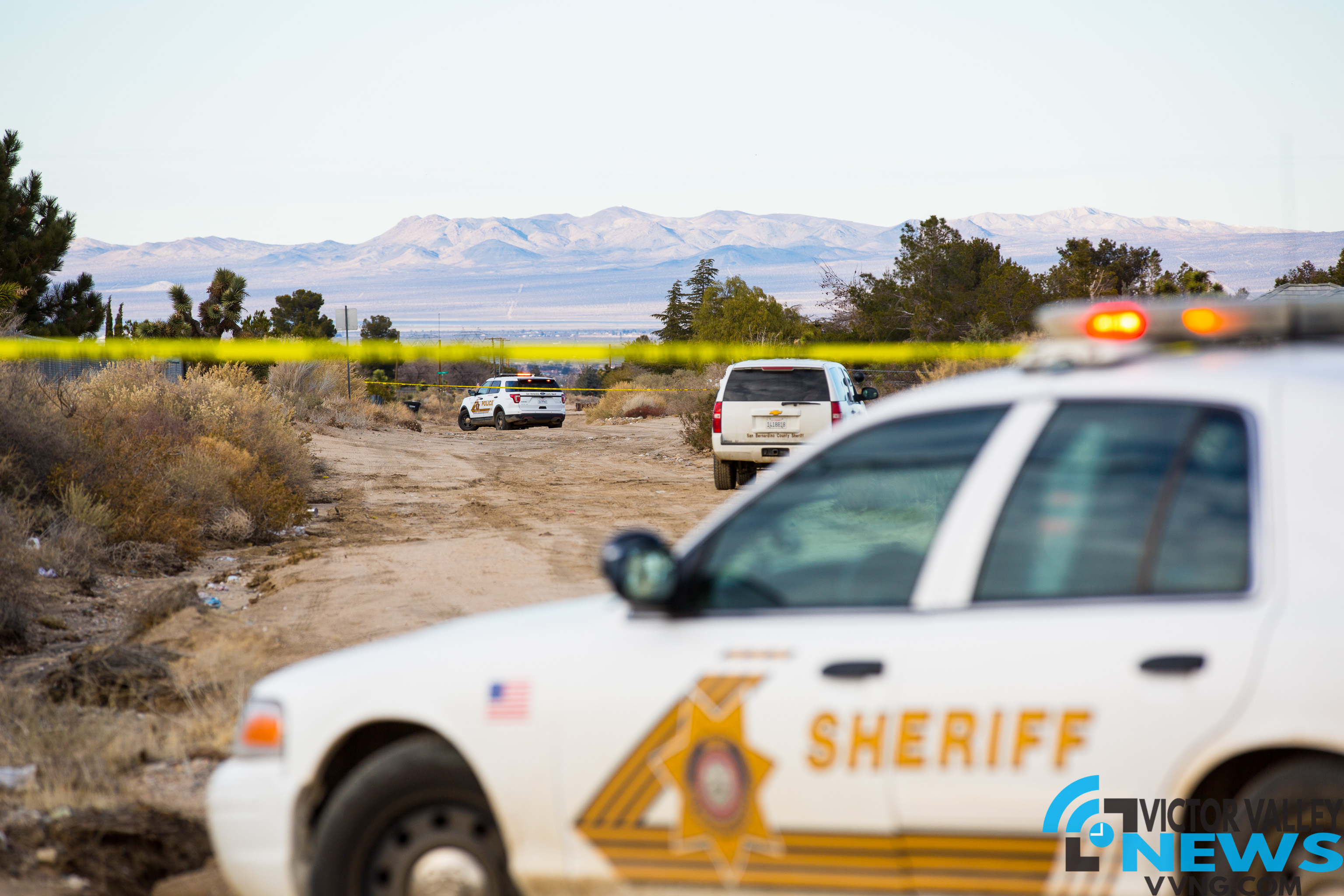 The incident was reported about 2: 14 p.m. in the 9800 block of Sierra Vista Road when a deputy with the Victor Valley Station was on patrol.

The deputy observed a vehicle belonging to a subject known to have an active arrest warrant, according to the San Bernardino Sheriff’s Department.

The deputy saw the subject, Richard Kelley, 53, a resident of Phelan, and attempted to make contact with him.

According to a San Bernardino County Sheriff’s press release, “Kelley ran from the deputy, and while running stated that he had a weapon. The deputy gave commands for him to stop, but he continued running and attempted to hide in a bush.”

“The deputy located Kelley, who pointed a handgun at the deputy. The deputy reacted and fired his weapon at Kelley, striking him in the upper body,” stated the release.

The handgun was recovered at the scene and taken as evidence. Sheriff’s Homicide Detail responded to conduct the investigation.

Kelley was transported by ground ambulance to a trauma center where he remains hospitalized. His injuries are not believed to be life-threatening.

Upon his release from the hospital, he will be booked at West Valley Detention Center for assault with a firearm on a peace officer and the $100,000. warrant for a domestic violence incident.

Anyone with information regarding this investigation is urged to contact Sheriff’s Homicide Detail, Detective Justin Giles at (909)387-3589. Callers wishing to remain anonymous are urged to call the We-tip Hotline at 1-800-78-CRIME (27463) or you may leave information on the We-Tip Hotline at www.wetip.com.