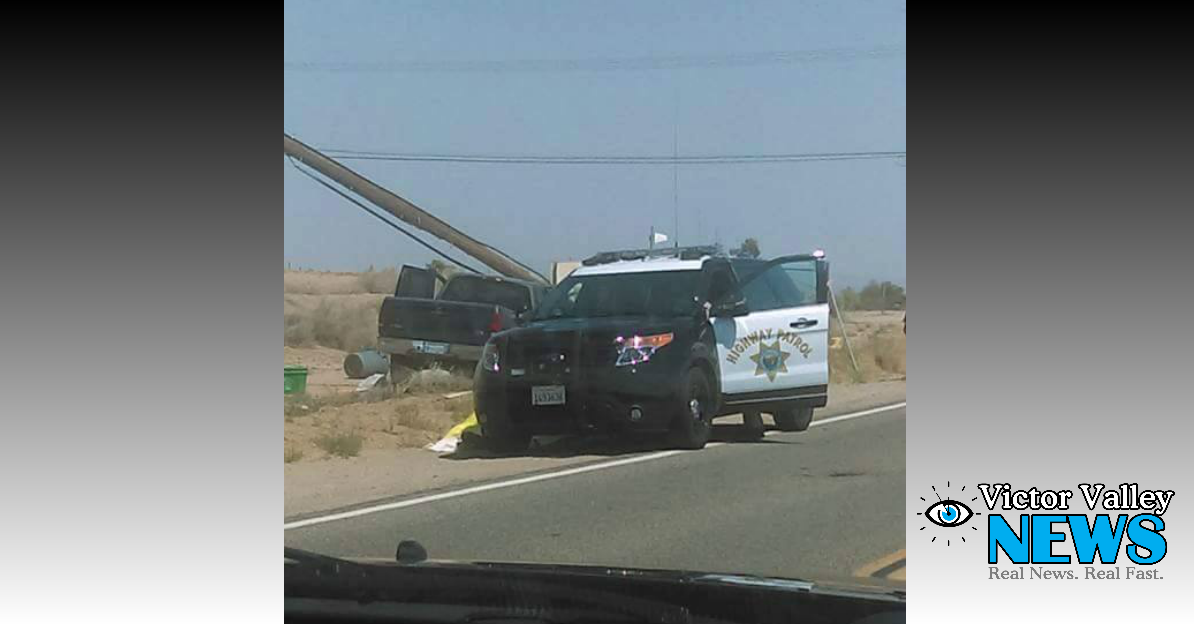 PHELAN, Calif – A 61-year-old Phelan resident was killed in an early morning traffic collision on Sunday.

At about 10:10 a.m. on July 31st, the California Highway Patrol responded to the area of Baldy Mesa Road and Sunset Road for the report of a single vehicle crash.

According to CHP Officer Matt Hunt, Clark M. Faulk was driving his vehicle, a 2001 Ford F-150 northbound on Baldy Mesa Road just north of Sunset Road at an unknown speed.

For reasons still under investigation the Ford F-150 veered to the west, exited the Baldy Mesa Road traffic lanes and traveled into the desert terrain. The vehicle continued until colliding into a power pole.

Due to the forces involved in this collision, Faulk sustained fatal injuries.

The power pole fell over and landed on top of the pickup truck. According to unconfirmed reports, the driver sustained a medical emergency causing him to lose control of his vehicle.

This collision remains under investigation by the California Highway Patrol.

BREAKING: Body Surfaces in Aqueduct; Believed To Be Missing Man