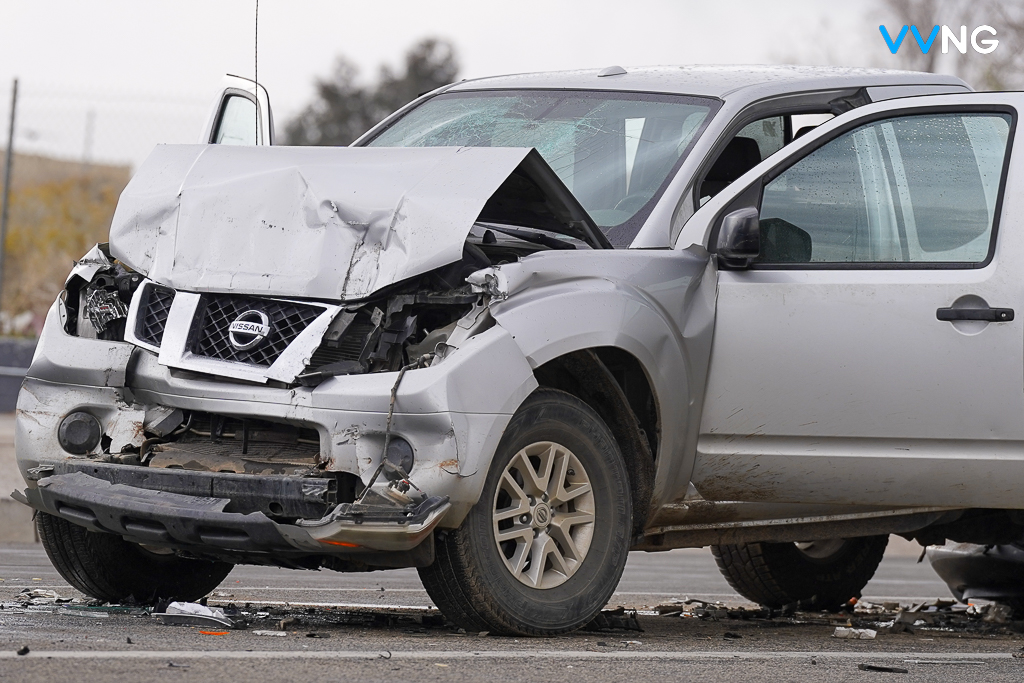 The driver of a pickup truck died from his injuries after he was rear-ended, and pushed into a semi truck.- Gabriel D. Espinoza, VVNG)

According to the California Highway Patrol, Robinson was stopped at a red light when he was struck from behind by a driver forcing his truck into the back of a Walmart semi-truck.

“Heartbreaking. My dad’s brother is the one who passed away. He was taking his grandson to school and was hit at a high speed, while stopped, by the car behind him,” Family member Laura Robinson said.

The 8-year-old child was taken to Loma Linda University Medical Center with unknown injuries but is believed to be in stable condition.

It happened on January 9th, 2023, at approximately 7:29 a.m., near the intersection of Sheep Creek Road and Phelan Road.

The San Bernardino County Fire personnel arrived onscene and performed life-saving measures on Robinson, however, Robinson was transported to a local hospital where he was pronounced deceased.

According to the California Highway Patrol, the driver of the semi-truck was traveling north on Sheep Creek and came to a stop at the signal light.

“The unrestrained driver of the Nissan Frontier [Mr. Robinson] was traveling in a northerly direction on Sheek Creek Road and slowed, eventually coming to a complete stop behind the Freightliner,” officials said.

The driver of the 2011 Mazda CX7, who was also unseatbelted, approached both vehicles from behind, failing to stop, hitting the back of the Nissan.

The impact pushed the Nissan into the Freightliner trailer, causing extensive damage to the pickup truck and the Mazda

The 22-year-old driver of the Mazda was not injured.

Initially, following a preliminary investigation, CHP officials said: “Drugs and/or alcohol was believed to have contributed to the crash.” However, at 3:39 p.m., Monday, the CHP updated their report and stated the information was inputted incorrectly due to a clerical error, and that drugs and or alcohol were not considered to be a factor.

The 50-year-old Colton man who was driving the Walmart semi-truck, described as a 2022 Freightliner Cascadia, was not injured.

No arrests have been made, according to CHP.

RELATED ARTICLE: One in grave condition after crash involving Walmart truck in Phelan

This collision is still under investigation by the California Highway Patrol Victorville CHP office.

Anyone with information regarding this collision may contact the Victorville CHP office at (760) 241-1186.

Related Article: Fatal crash on I-15 in Victorville near Mojave Drive shuts down freeway

One in grave condition after crash involving Walmart truck in Phelan