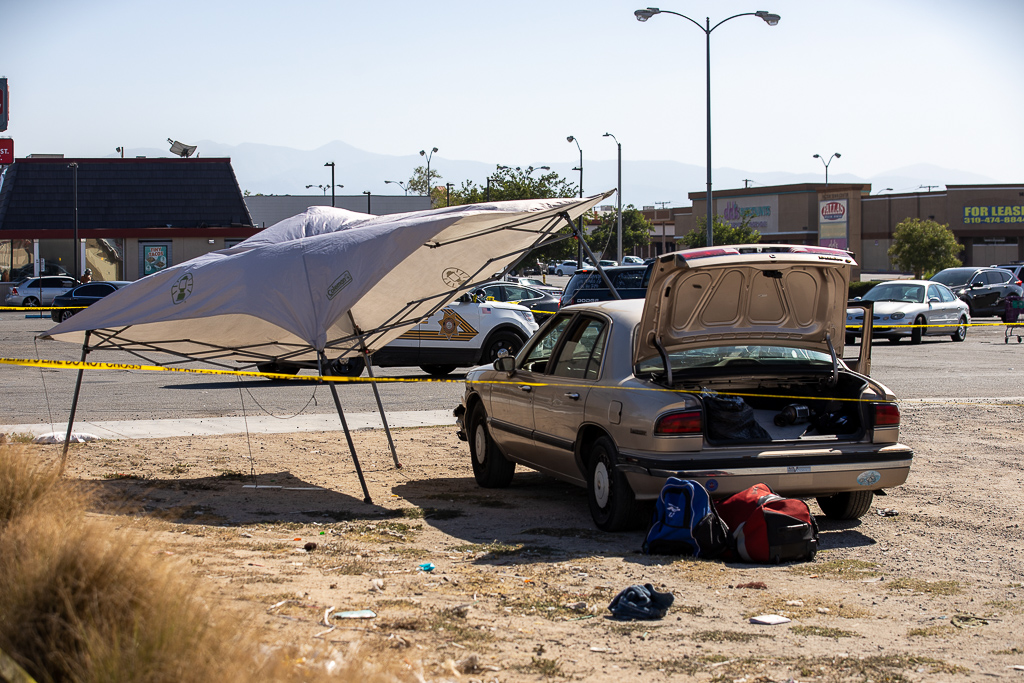 Daniel Ramos was shot during an altercation with Isagani Tapaoan near the Harbor Freight on 7th Street. (Hugo C. Valdez, VVNG.com)

VICTORVILLE, Calif. (VVNG.com) — A Phelan man charged with the murder of Daniel Ramos outside of the Harbor Freight in Victorville was arrested, officials confirmed.

The Victorville Police Department this morning reported the arrest of 57-year-old Isagani Tapaoan during a traffic stop in Phelan on Wednesday, July 8, 2020.

At approximately 3:38 PM on Monday, July 6, 2020, deputies responded to the report of a shooting that had occurred at 7th Street and LaPaz Drive. When deputies arrived they found Daniel Ramos suffering from a gunshot wound. He was rushed to a local hospital where he was pronounced deceased at 4:24 PM, officials said.

According to sheriff’s officials, Tapaoan shot Ramos during a physical altercation and fled the scene in a gray SUV. Two days later on July 8th, deputies from the Specialized Enforcement Division located the suspect vehicle in Phelan and conducted a traffic stop.

Isagani Tapaoan was found to be the driver; he was detained and transported to the Victorville Police Station. Homicide detectives interviewed Tapaoan, and at the conclusion of the interview, he was transported and booked into the High Desert Detention Center for PC187 Murder; he is being held without bail and is scheduled for court on July 9, 2020.

Authorities have not released a possible motive for the murder.

The investigation is ongoing. Anyone with information is asked to contact Detective Josh Guerry, Specialized Investigations Division – Homicide Detail at (909)387-3589. Callers can remain anonymous and contact WeTip at 800-78CRIME or www.wetip.com.