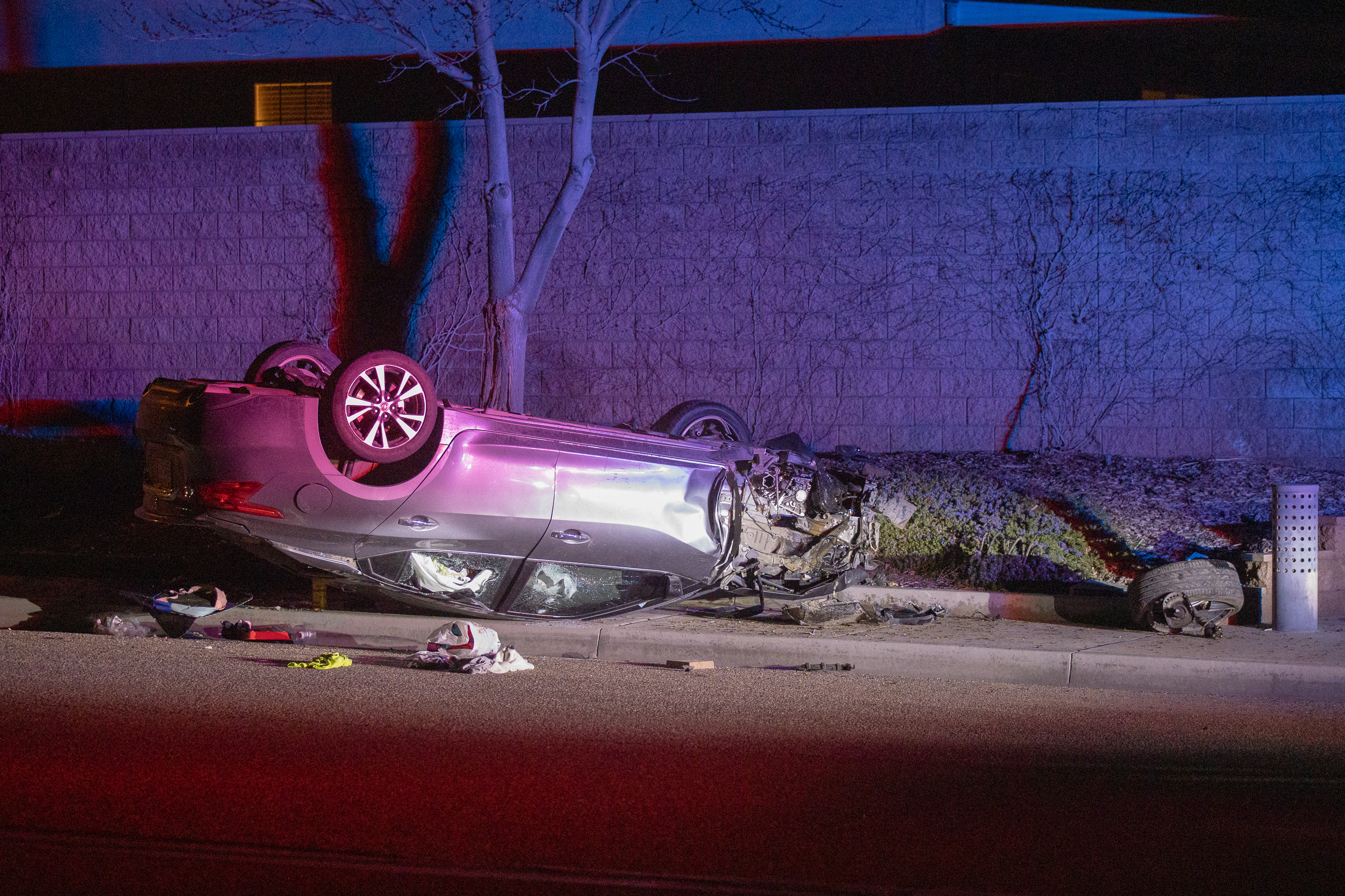 VICTORVILLE, Calif. (VVNG.com) — A 20-year-old Phelan man was identified as the DUI driver who fled the scene of a crash that left a 35-year-old motorcyclist dead Saturday night in Victorville.

The suspect, William David Jenkins, is currently out on bail after he was arrested and charged with Driving Under the Influence of Alcohol and Hit and Run Causing Death or Injury on March 23, 2019.

It happened at about 7:00 pm, when Jenkins was driving his silver 2017 Nissan Maxima west on Bear Valley Road in the no.1 lane, approaching Stonegate Drive.

Slightly ahead of Jenkins in the no.2 lane was a motorcyclist identified as Nathan Early Bladh, a resident of Victorville.

According to the sheriff’s news release, Jenkins merged into the no.2 lane between the motorcycle and another vehicle.

After merging into the other lane, Jenkins rear-ended the motorcycle causing Bladh, to lose control and crash.

A witness said Jenkins did stop momentarily near Jade Road but instead of exiting his vehicle to check on the rider, he decided to continue driving westbound at a high rate of speed.

Another witness who saw a car with major damage fleeing from the scene followed the driver for several miles until he crashed and became trapped inside his vehicle in the area of Monte Vista and Maricopa Roads.

Jenkins received minor injuries as a result of the crash and refused medical attention at the scene. He was arrested and booked at the Desert Detention Center.

According to public arrest records, Jenkins posted bail and was released from custody the following day. Officials said the case has been forwarded to the District Attorney’s Office for review and consideration of further charges.

Bladh was flown to a Los Angeles County Trauma Center, where he was listed in serious condition. On March 25, 2019, Bladh succumbed to his injuries and was pronounced deceased at the hospital.

Bladh owned Fast Fix Jewelry and Watch Repairs inside the Mall of Victor Valley where he’s worked for over a decade. His family and friends have started a Gofundme account for people who want to donate called In Memory of Nathan Bladh.

Anyone with information about this investigation is asked to contact Deputy Z. Vogel at the Victorville Police Department at (760) 241-2911 or Sheriff’s Dispatch at (760) 956-5001. Callers wishing to remain anonymous are urged to call the We-Tip Hotline at 1-800-78CRIME (27463) or you may leave information on the We-Tip website at www.wetip.com.