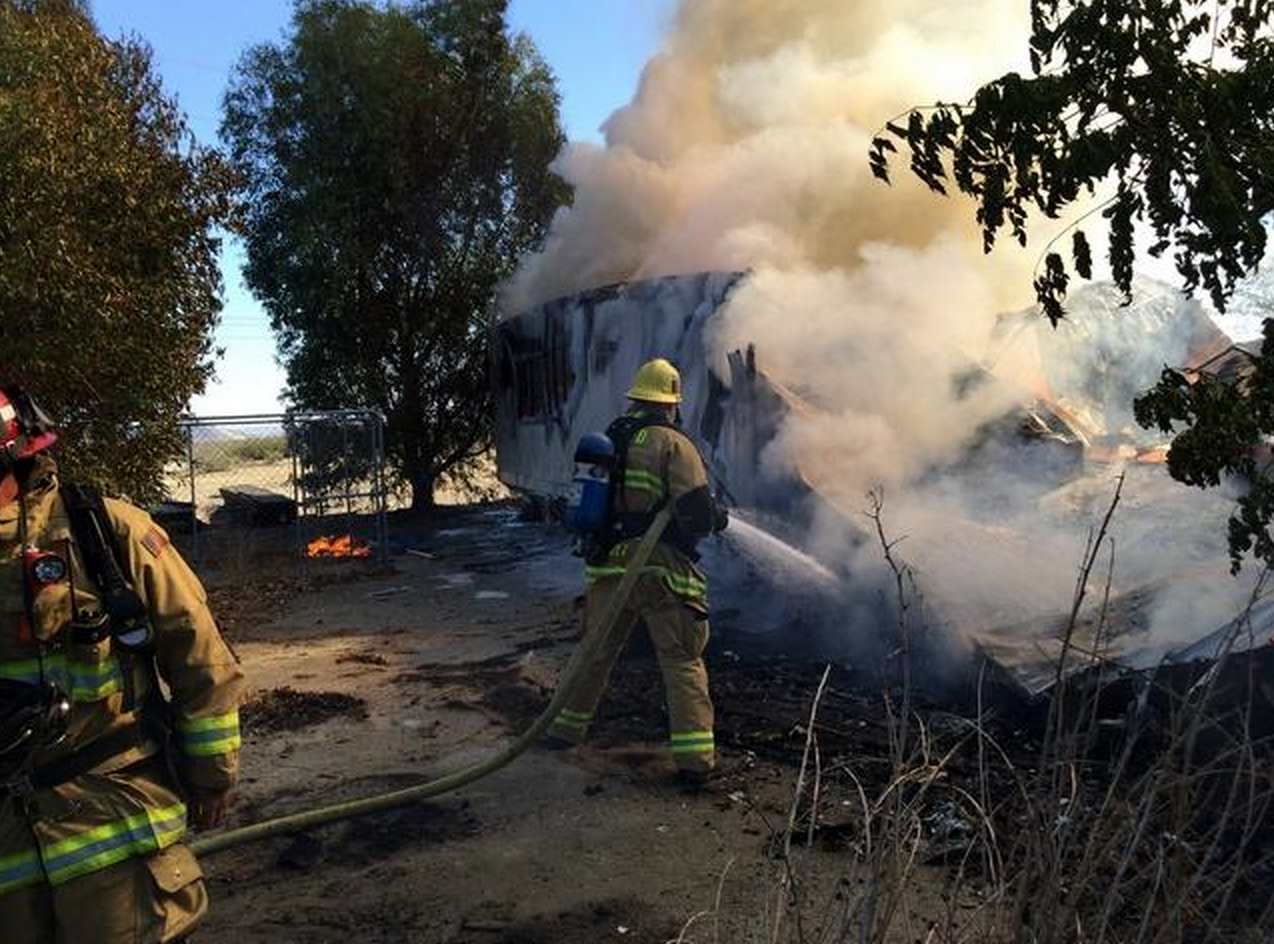 PHELAN-(VVNG.com): Two occupants were displaced following a Tuesday morning motorhome fire in Phelan.  At approximately 8:40 a.m. on July 28th, dispatch received the report of the fire in the area of Oasis and Powerline Roads.

Officials at from the San Bernardino County fire department said that immediate efforts were hampered due to the lack of area water supply and power lines.  Three fire engines with a total of ten firefighters responded to the scene to extinguish the furrocious blaze. The battalion chief was also on scene as well as a water tender due to the lack of water supply.

Upon arrival they found the motorhome fully involved in flames. Heavy smoke filled the area near the 25 foot long motor home. There was a risk of spread to nearby vegetation, but thanks to the valiant firefighters on scene there was no spread.

No injuries were reported, the two living in the motor home were evacuated by the time firefighters arrived on scene. The cause of the fire at this time is still under investigation. The motorhome is believed to be a complete loss.