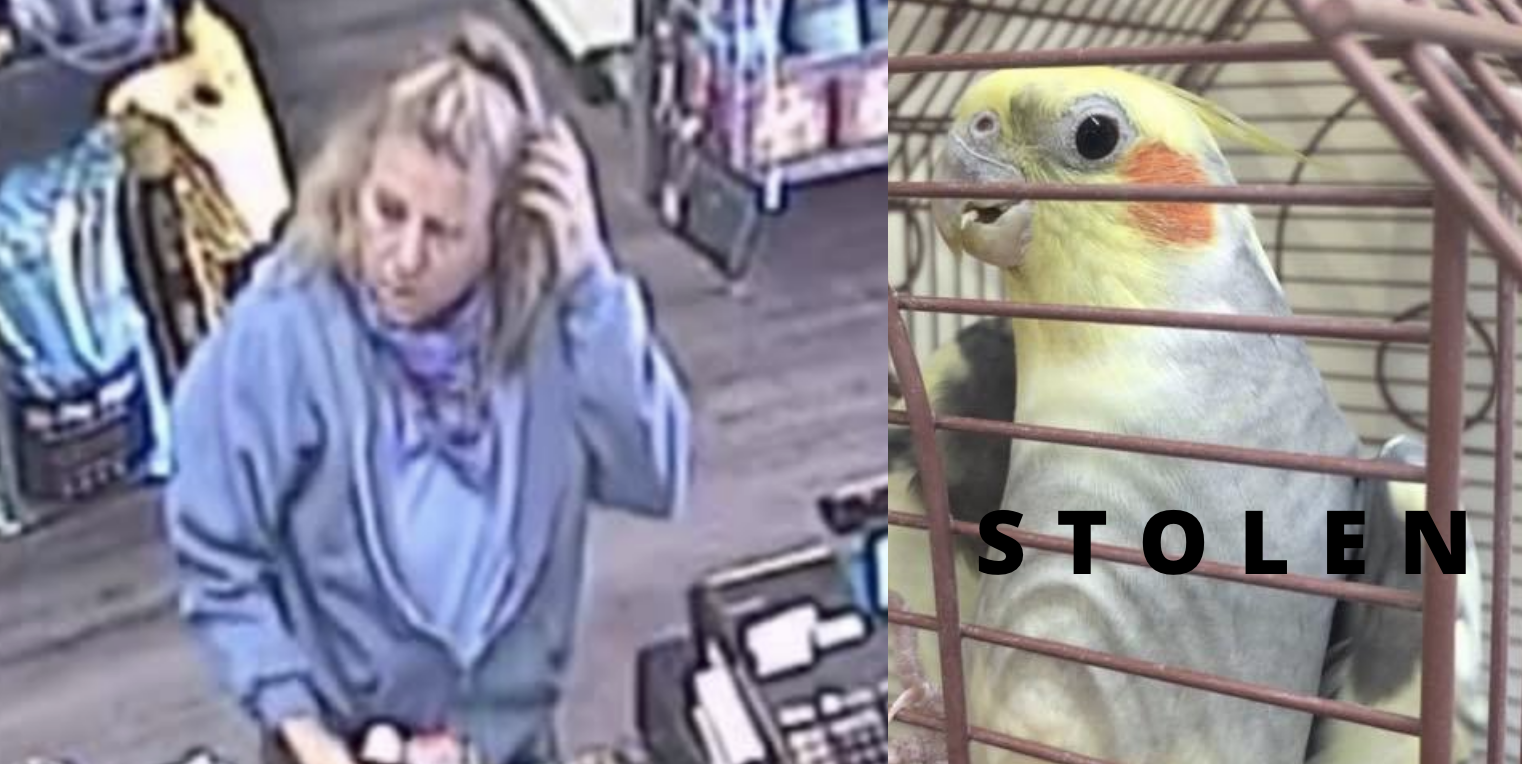 UPDATE @ 7:30 PM – The stolen pet cockatiel has been returned back to Apple Valley Feed Bin. The business told VVNG the thief took the bird to a nearby liquor store and asked a random man to do a good deed and return him back to the feed store. The store thanked the public and said if it wasn’t for the power of Facebook they would not have him back. Police were conducting interviews and no other info was available.

APPLE VALLEY, Calif. (VVNG.com) — A store owner has turned to social media looking for a woman who stole a pet parrot of 10 years from a local store.

The incident happened Tuesday, September 1, 2020 at the Apple Valley Feed Bin when a woman walked into the location and snatched the yellow, orange and gray colored cockatiel.

“STOLEN FROM APPLE VALLEY FEED BIN!!! This lady just stole our personal pet cockatiel of 10yrs. She took him out of the cage and stuffed him in her sweatshirt! Let us know if you recognize her. Please call the store with any additional information. We are heartbroken 😢 760-247-9595 Police report #182004249,” the post stated.

The woman was with a man who is shown in surveillance footage wearing a black shirt, tan pants with black hair. Both of the subjects left the store in a black 4-door sedan.

A person who commented on the Apple Valley Feed Bin’s social media post said the woman was spotted at another location earlier in the day.

“She was at my work place today in Apple Valley. She was extremely weird and wasn’t all there in her head! I caught her snooping around in our cabinet. Claimed she was looking for napkins,” stated Alamilla Sandy. ”Then I handed her her food and she sat down and ate inside when our dinning area is clearly closed. I had to let her know she wasn’t allowed to eat in. I’m so sad she paid with cash or else I would have her full name.”