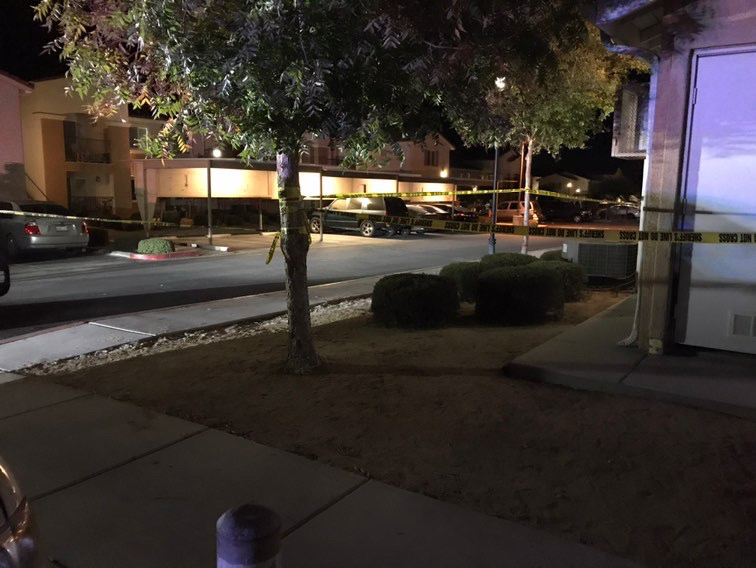 VICTORVILLE, Calif. (VVNG.com) — Police are investigating after a person was shot and killed inside the Casa Bella Apartments in Victorville Friday night.

At about 6:30 pm on Friday, November 1, 2019, deputies responded to the apartments located in the 16900 block of Nisqualli Road in Victorville.

Victorville City Firefighters arrived on scene and pronounced the male victim deceased at the scene.

Sheriffs Spokeswoman Cindy Bachman told VVNG homicide detectives are on scene and the investigation is ongoing.

A resident of the complex spoke to VVNG and said she heard 3-5 shots and following the shots heard a man was down on the sidewalk.

Authorities have not mentioned if any suspect(s) have been arrested. Anyone with information is asked to call VVPD at 760-241-2911.