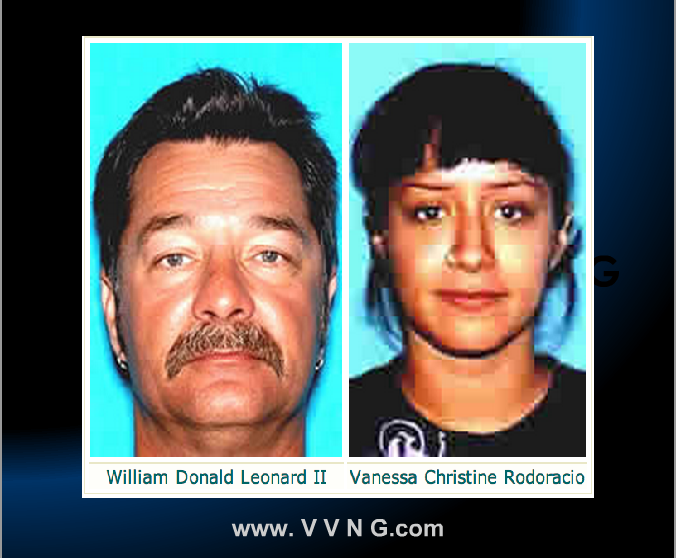 UPDATE:  On March 5, 2014, William Donald Leonard II was arrested by officers of the Las Vegas Metropolitan Police Department in Las Vegas, Nevada. Detectives from the San Jacinto Police Department traveled to Las Vegas as part of their continued investigation and have contacted Vanessa Christine Rodoracio. She is no longer consider a person of interest.

William Donald Leonard II remains in custody in Las Vegas and is expected to return to Riverside County following an extradition proceeding in Nevada. His bail is current set at $1,100,000.

SAN JACINTO: On March 1, 2014, at approximately 7:08PM, officers from the San Jacinto Police Department responded to an attempted homicide at a motel located on the 600 block of North Ramona Boulevard. Officers arrived within minutes and located an adult male with a life threatening stab wound.  The victim was transported to an area hospital where he is listed in critical condition.

[googlemap src=”” align=”alignright” ]San Jacinto Police have identified 49-year-old, William Donald Leonard II, an acquaintance of the victim, as a suspect in the assault.  A warrant has been issued for his arrest.  He is described as a White male adult, approximately 5’ 10” tall, and 200 pounds, with brown hair and hazel eyes. He was last seen driving from the scene in a silver, 1999, Mercedes-Benz, with a California license plate of 6ZQB633.

Leonard may be traveling with 28-year-old, Vanessa Christine Rodoracio, who is also a person of interest in the assault. The whereabouts of both William Leonard and Vanessa Rodoracio are currently unknown.  Anyone with information concerning either subject or information about the assault is encouraged to contact the San Jacinto Police Department at (951) 654-2702 or Riverside County Sheriff’s Dispatch at (951) 776-1099.