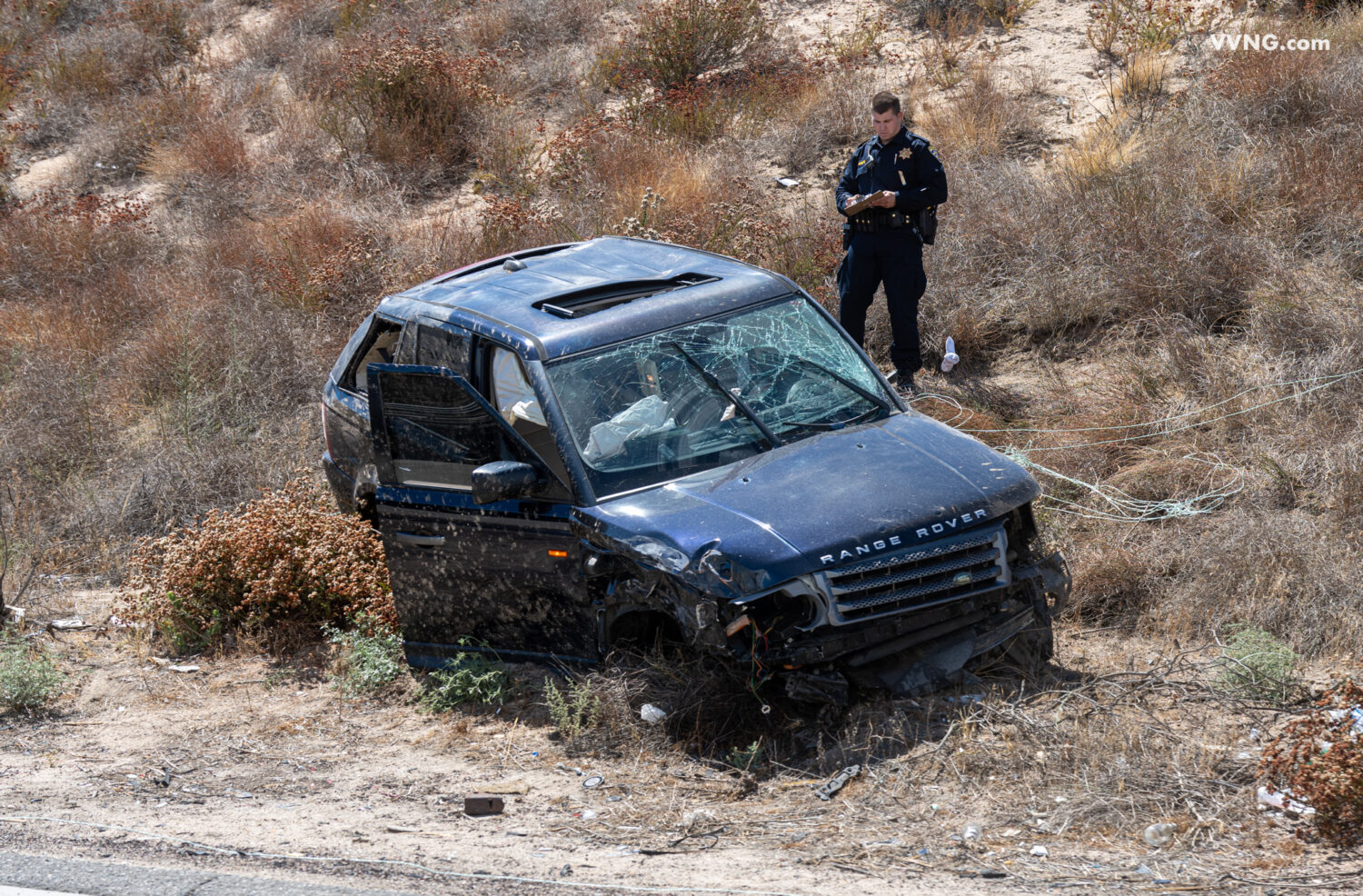 CAJON PASS, Calif. (VVNG.com) — A person was critically injured after possibly being ejected in a rollover crash on the southbound I-15 freeway in the Cajon Pass.

The two-vehicle crash involving a black Range Rover and a black GMC pickup truck was reported at 12:33 pm, north of Highway 138, near the escape ramp and involved.

For reasons still under investigation, the Range Rover lost control and overturned multiple times before coming to a stop on a dirt slope along the right shoulder. Callers reported a person was possibly ejected and down on their side.

San Bernardino County Fire arrived on scene and reported they had a total of two patients. One with critical injuries and the other with minor injuries, and both were transported by ground ambulances to nearby hospitals.

Southbound traffic ‘going down the hill’ on the I-15 was backed up to Ranchero Road in Hesperia due to the incident.

Caltrans was advised of an electronic speed sign that was damaged in the accident. The California Highway Patrol is handling the investigation and additional information will be updated as it becomes available.