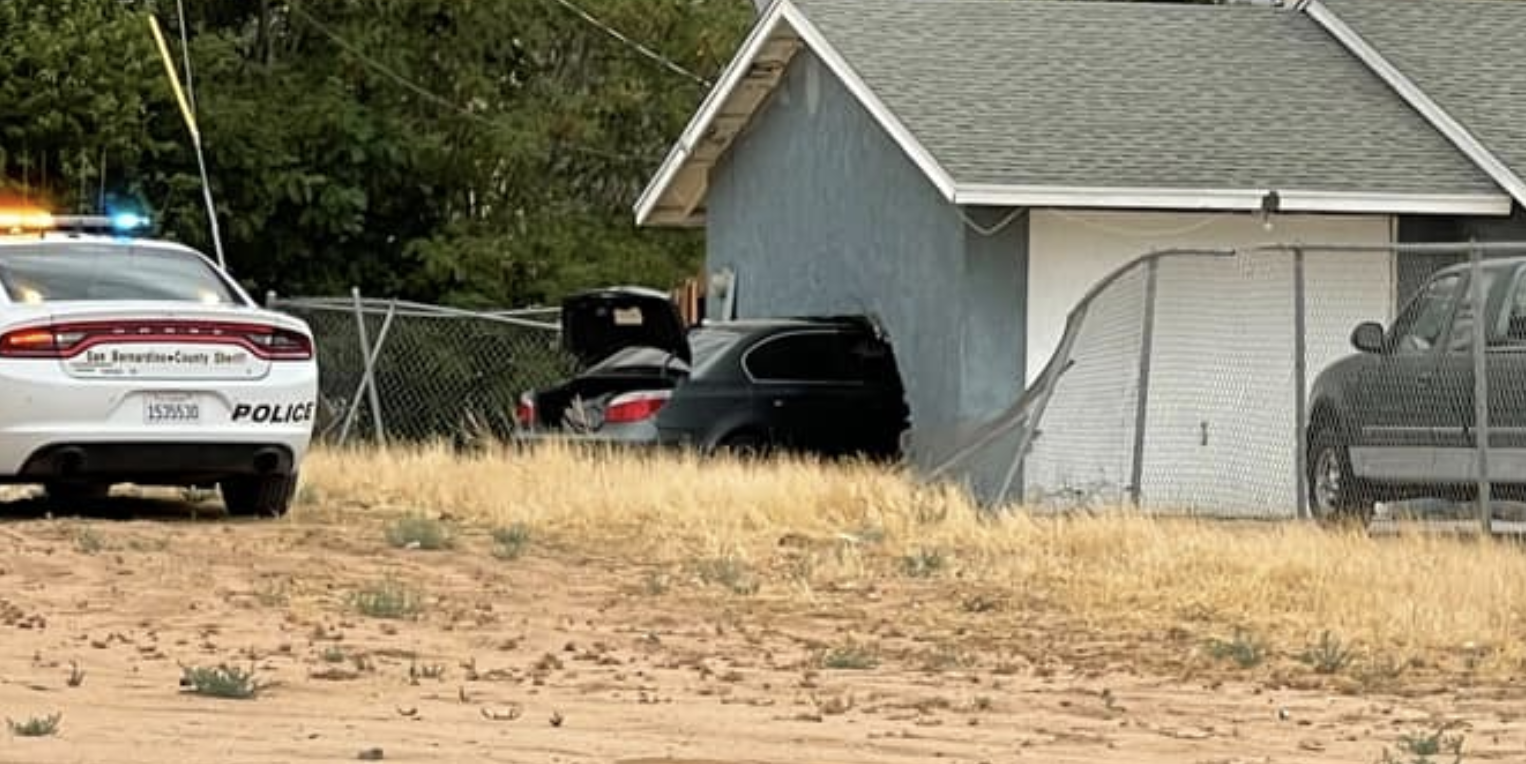 APPLE VALLEY, Calif. (VVNG.com) — One person was airlifted after a vehicle crashed into a structure Tuesday afternoon in Apple Valley.

Firefighters with the Apple Valley Fire Protection District responded and requested a helicopter to land at Desert Valley and airlift one person to a trauma center. Reach 13 accepted the flight and the person was airlifted to Loma Linda University Medical Center.

VVNG inquired with the Apple Valley station for additional information on the incident that is being investigated as attempted murder, according to the sheriff’s media logs.

Sheriff’s spokeswoman Jacqueline Alban said the incident is still developing and due to their system being down she had no way of reading the call.

As of 4:30 pm, crime scene tape was placed around the area and deputies remained at the scene.