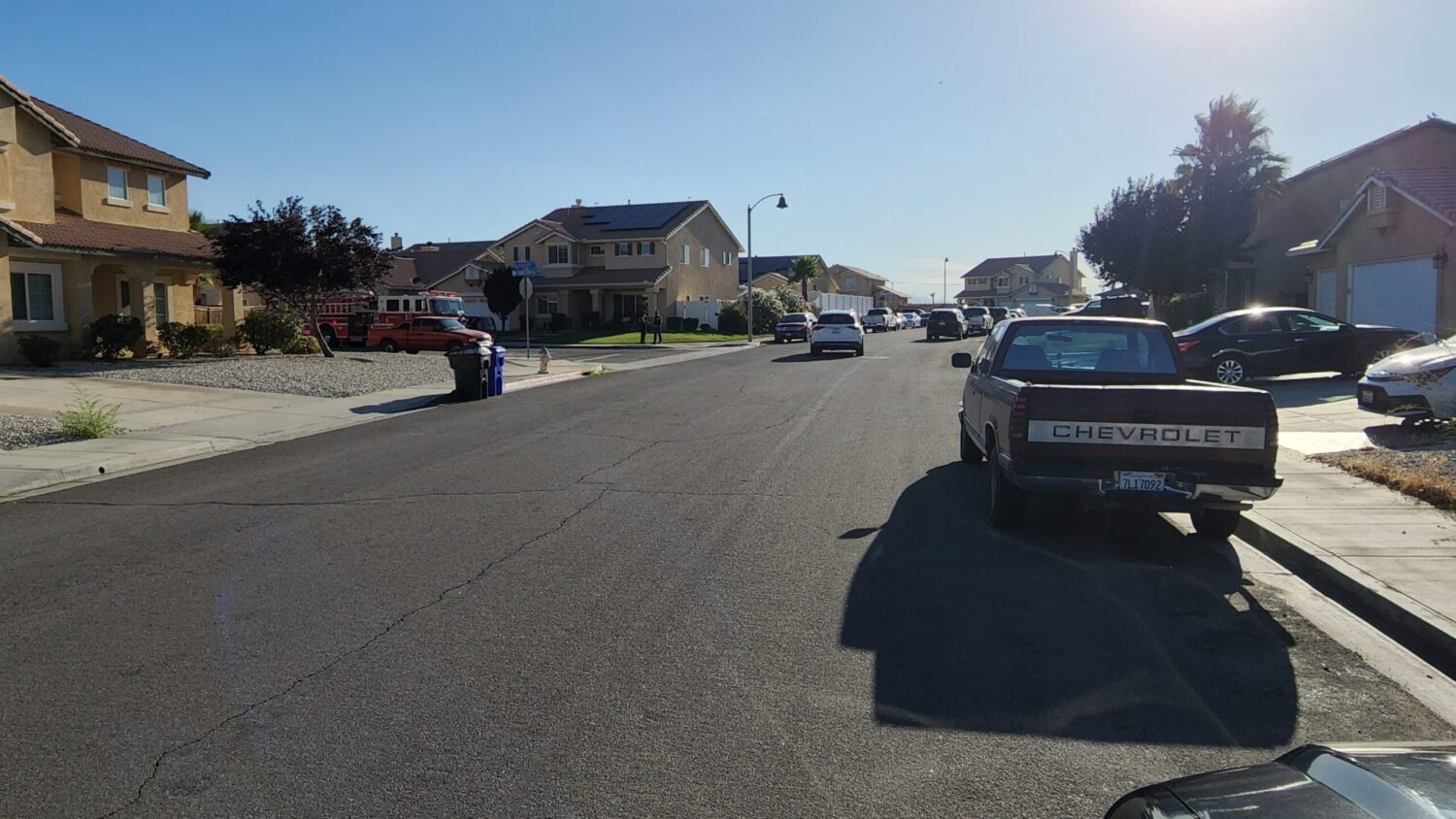 UPDATE —@ 8:30 pm — Personnel from Sheriff’s Specialized Enforcement Division (SWAT) were involved in a deputy involved shooting with an armed subject, officials confirmed. The armed subject was transported to a hospital. No residents or deputies were injured. Further information will be released when available.

VICTORVILLE, Calif. (VVNG.com) — One person was airlifted after a stand-off in the community of Eagle Ranch that ended with possible shots fired.

At about 5:30 pm, on August 11, 2022, members of the SWAT team along with an armored vehicle arrived at a home on Primavera Way near Sunglow Lane.

Authorities used an intercom and provided the occupant or occupants of the home with instructions to come out with their hands up. The stand-off continued for at least one hour before witnesses reported hearing 3-4 gunshots.

Firefighters and paramedics were cleared into the residence and used a stretcher to remove a Black Male Adult from the home and into an awaiting ambulance.

Firefighters requested the helicopter to land at Eagle Ranch park to airlift a gunshot victim to a trauma center.

Public Works employee’s started arriving at about 7:30 pm, and set up roadblocks around the area.

Sheriff’s officials have not released information on the number of people injured or if law enforcement shot at the suspect.