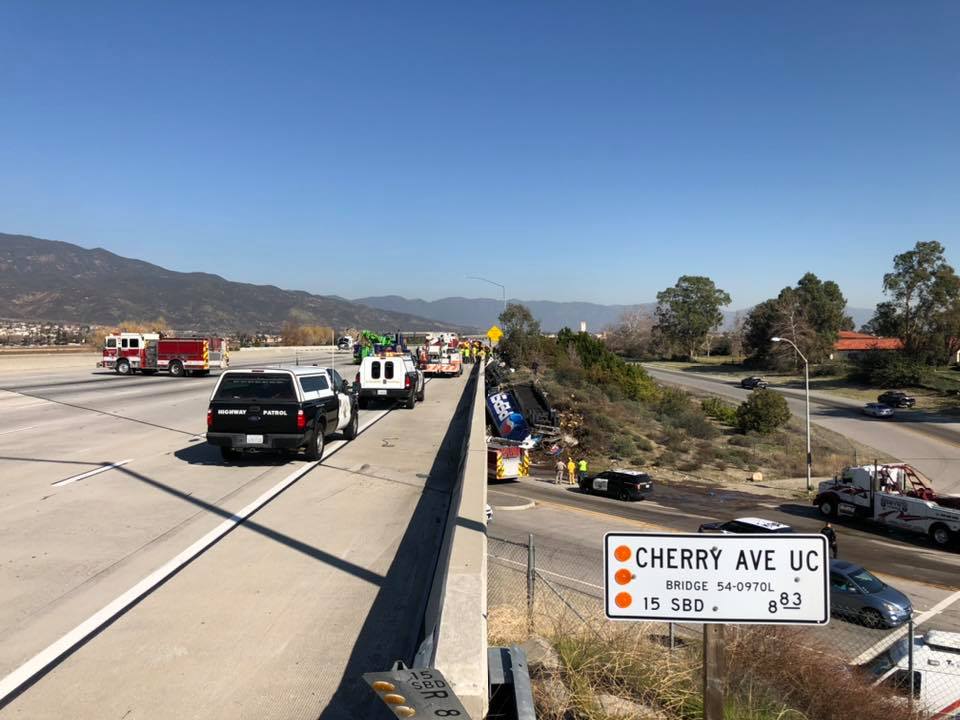 CHP is investigating an accident involving a Pepsi truck at Cherry Ave at the 15 freeway overpass.

FONTANA, Calif. (VVNG.com) — A Pepsi truck crashed and fell over the side of the I-15 in Fontana prompting a temporary closure of the freeway on Wednesday.

According to the California Highway Patrol incident logs, the crash happened at about 11:30 am at Cherry Avenue and the I-15 overpass, near Sierra Avenue.

The incident prompted officials to shutdown the northbound lanes of the freeway as a helicopter landed on the freeway to airlift the driver of the semi. The freeway has since reopened.

San Bernardino County Firefighters performed an extensive extrication on the driver who was pinned inside the mangled cab. The male driver was eventually removed from the wreckage and airlifted to a trauma center. An updated on his injuries was not available.

Officials said the westbound 210 freeway to the northbound 15 is expected to remain closed during the investigation.

It was not immediately known what caused the Pepsi truck to overturn. The California Highway Patrol is investivating the cause of the crash. Additional information will be updated as it becomes available.