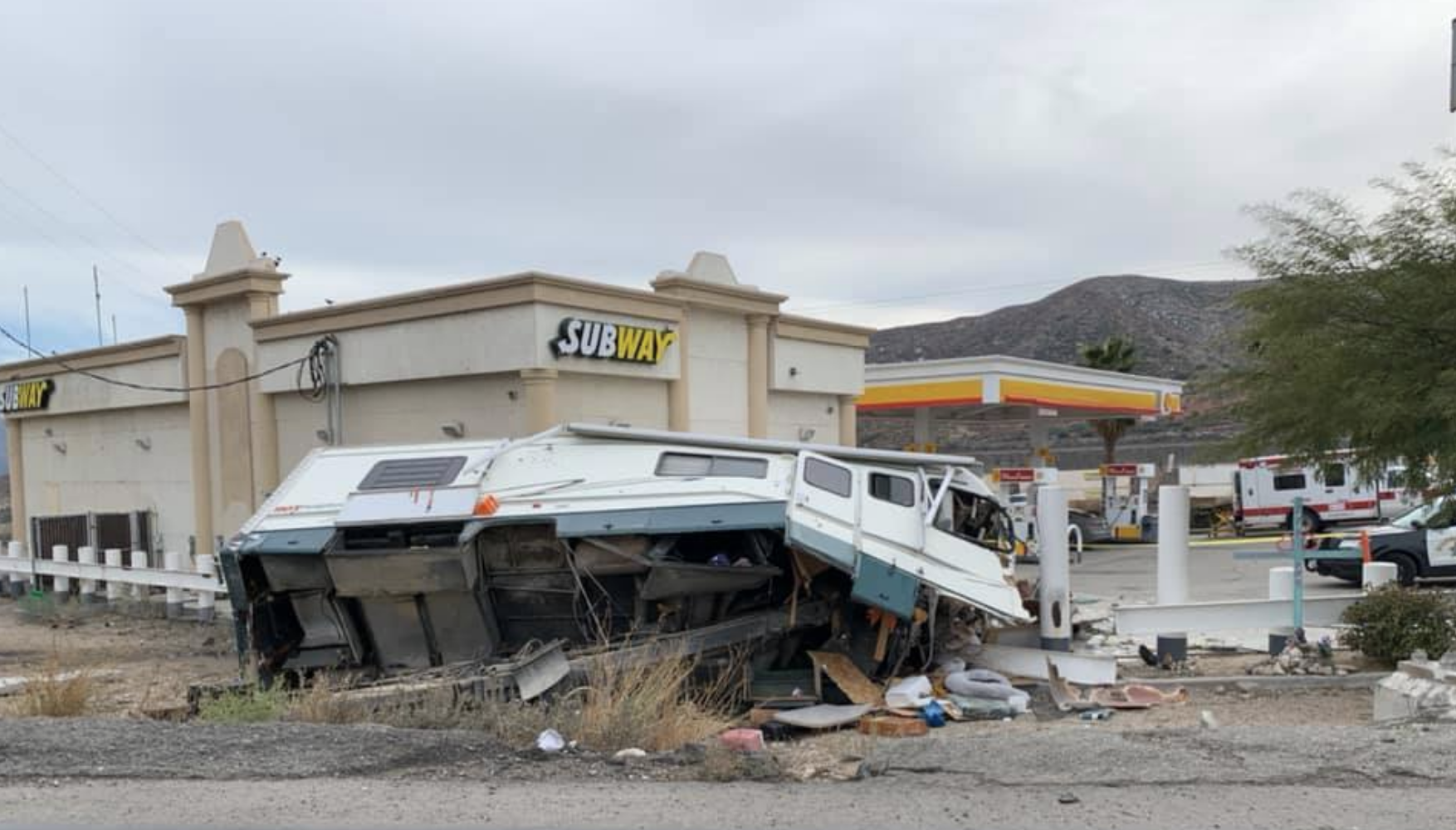 UPDATE @ 3:00 PM – A relative said the brakes on the RV failed as it drove southbound down the cajon pass. Two dogs that were also traveling in the RV are reported to be missing. They are described as a white-spotted boxer named Annie and a fox-like looking dog named Mitten missing her back right foot. Both very sweet girls. Chihuahua was found. Please text (928) 458-6259 if found.

CAJON PASS, Calif. (VVNG.com) — Multiple people were critically injured after an RV they were traveling in lost control and crashed into a gas station parking lot in the cajon pass.

The large recreation vehicle came to a stop on its side after landing on large steel barricades that were installed following a fatal traffic collision in 2014 that claimed the lives of two teens and injured three others.

San Bernardino County Firefighters arrived and located an RV with major damage and 2-3 people that were ejected during the crash.

Firefighters requested two helicopters to land near the scene and airlift two people with life-threatening injuries.

County fire confirmed the gas station building was not impacted and there were no hazards or fire.