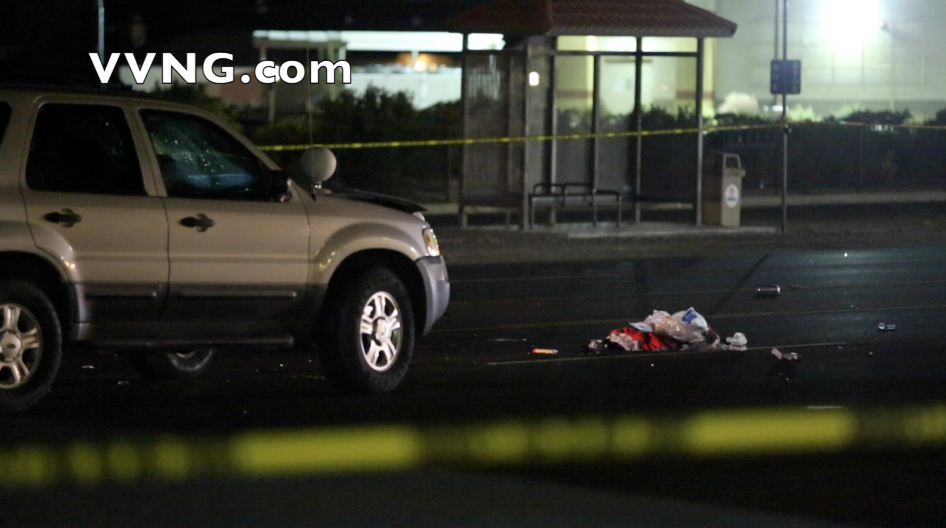 APPLE VALLEY– (VVNG.com): As we previously reported two people were struck by a vehicle along the 20700 block of Bear Valley Road on Tuesday evening. When authorities arrived they found a female laying in the roadway and she was pronounced dead at the scene. A second male victim was airlifted with serious injuries to a trauma hospital.

Sources say, the couple had just finished having dinner at a nearby restaurant and attempted to cross through lanes of traffic as they headed home.

A 2003 Ford Escape was traveling eastbound on Bear Valley Road when the couple was struck by the SUV. The unidentified adult female driver did not have enough time to stop when she noticed the couple in front of her.

The San Bernardino Coroners Department has identified the couple as Cary Gene Hughes, a 57-year-old male, and Loretta Ann Delatorre, a 59-year-old female.

Delatorre was pronounced deceased at the scene and Hughes was transported to Loma Linda University Medical Center where he succumbed to his injuries.

Authorities do not believe speed was a factor in this accident. The driver was taken to the police station where she was questioned and tested to rule out alcohol or drug use. There is no further information regarding the results of the tests or the investigation results at this time.

Bear Valley Road was closed in both directions from Iroquois to Kiowa Road from 7 P.M., and reopened at 2 A.M., on Wednesday February 25th.

The collision is currently under investigation by the San Bernardino County Sheriff’s Department Region II, Major Accident Investigation Team (MAIT). Anyone with information is encouraged to contact Deputy William Gibbons at 760-240-7400.