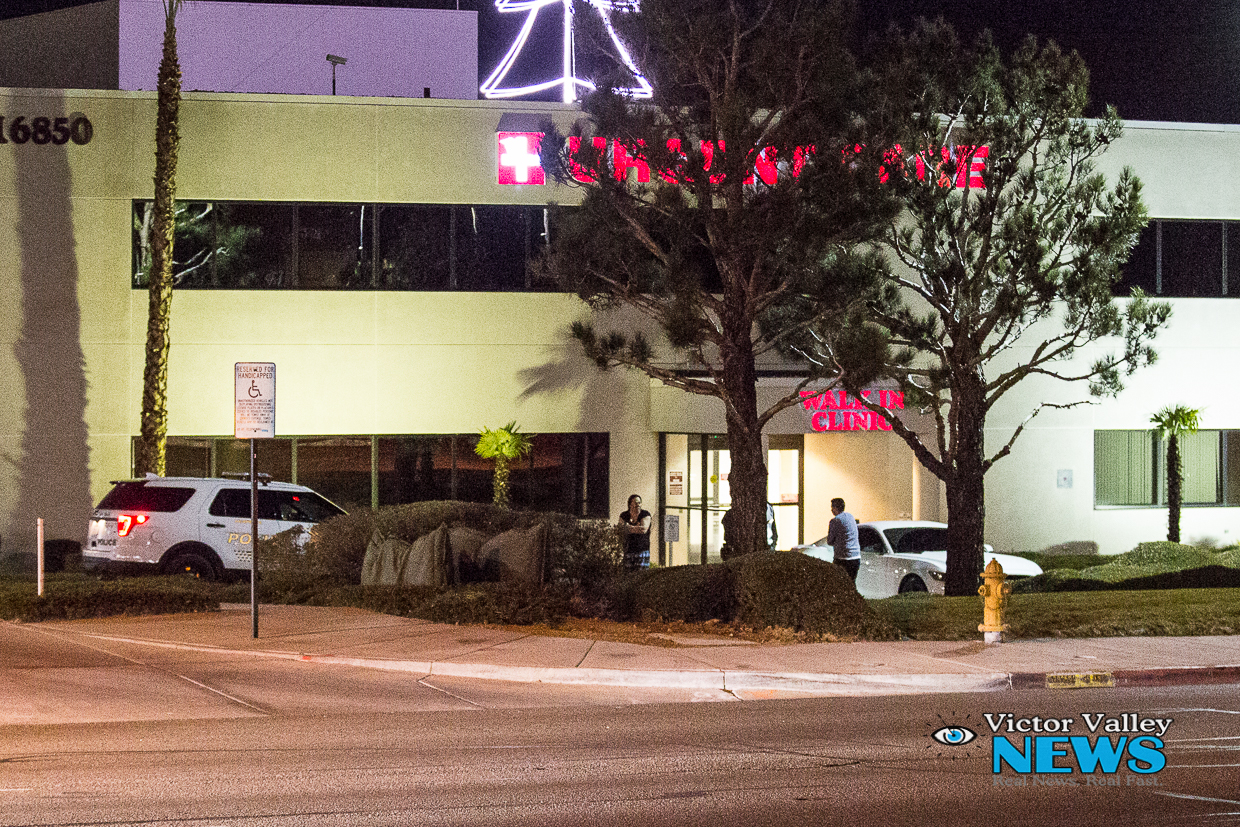 HESPERIA, Calif: (VVNG.com) A 38-year-old male pedestrian was struck by a vehicle on Sunday night in front of Desert Valley Hospital.

A traffic accident was first reported between two vehicles along Bear Valley Road, while on that call 911 received another report of a pedestrian being struck by a car in the same area, according to scanner traffic.

The driver of the involved vehicle, a 2015 Ford Mustang, remained on scene and cooperated with authorities.

Eastbound lanes on Bear Valley Road were temporarily closed while authorities determined the severity of the pedestrian’s injuries.

All lanes were reopened shortly after when the pedestrian was transferred to a local hospital and injuries were determined to be non-life threatening.

The initial accident reported between the two vehicles were minor and no injuries were reported in that incident.