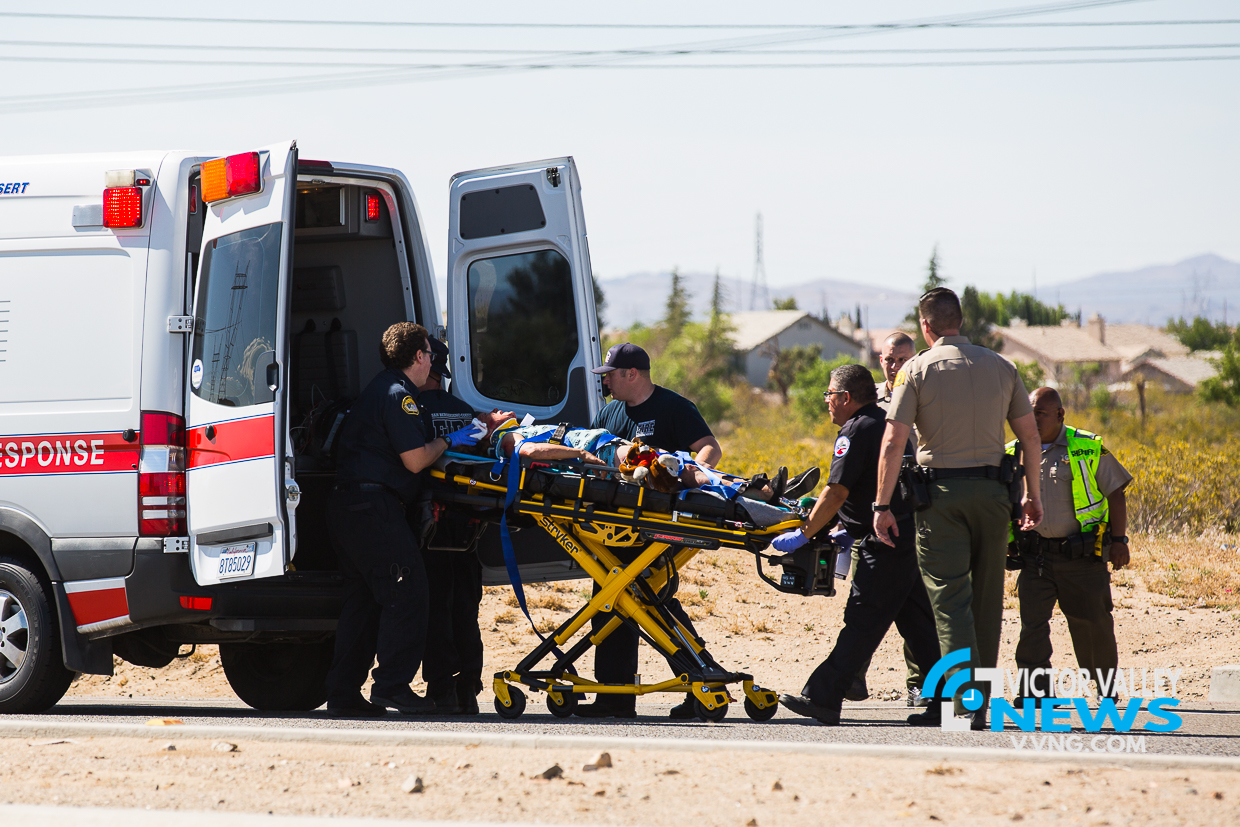 VICTORVILLE, Calif. (VVNG.com) A woman suffered major head trauma after she was struck by a vehicle Wednesday afternoon.

At about 3:31 p.m. dispatch received reports of a vehicle versus pedestrian on Mojave Drive between El Evado and Ashley Glen Drive.

When medical personnel arrived, the woman’s face was visibly covered in blood as she hugged her teddy bear.

Due to the pedestrian’s injuries, an airship was requested. The woman was transported by ground ambulance to Victor Valley Global Medical Center and subsequently airlifted to Arrowhead Regional Medical Center.

A woman at the scene told Victor Valley News, the woman was talking to herself while pushing a stroller with no baby in it prior to the incident.

According to authorities, the woman was walking along the sidewalk on the west side of Mojave Drive when for unknown reasons she attempted to run across traffic.

The female driver of a white Dodge Ram pickup truck was unable to avoid striking the pedestrian.

The driver of the Ram truck remained at the scene and cooperated with authorities.