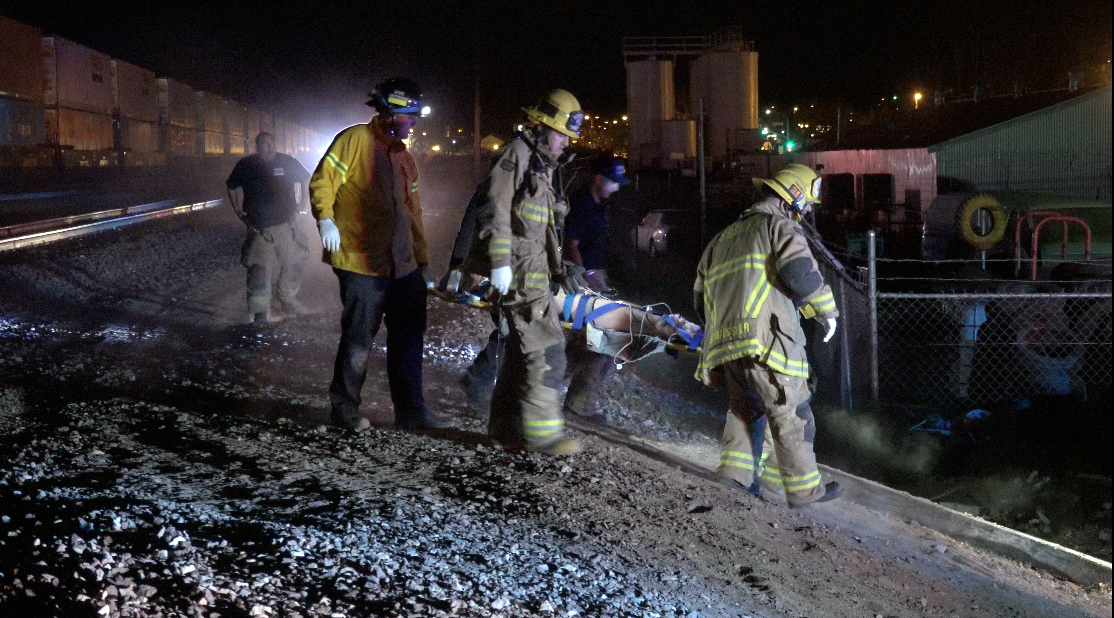 UPDATE: Authorities confirmed a female runaway juvenile attempted suicide by walking in front of a moving train. The juvenile remains in critical condition.

VICTORVILLE, Calif. (VVNG.com) A female pedestrian was airlifted in critical condition after being struck by a train Wednesday evening in Victorville.

It happened at about 5:40 p.m. along D Street just west of 6th Street. The San Bernardino County Fire and Sheriff’s Department responded to the call and located the subject underneath the train.

The pedestrian was successfully pulled from underneath the train and was rushed to a local hospital and then airlifted to a trauma center.

The identification of the person injured is unknown at this time. No other injuries were reported.

6th Street between D and E will be closed for several hours pending the investigation.