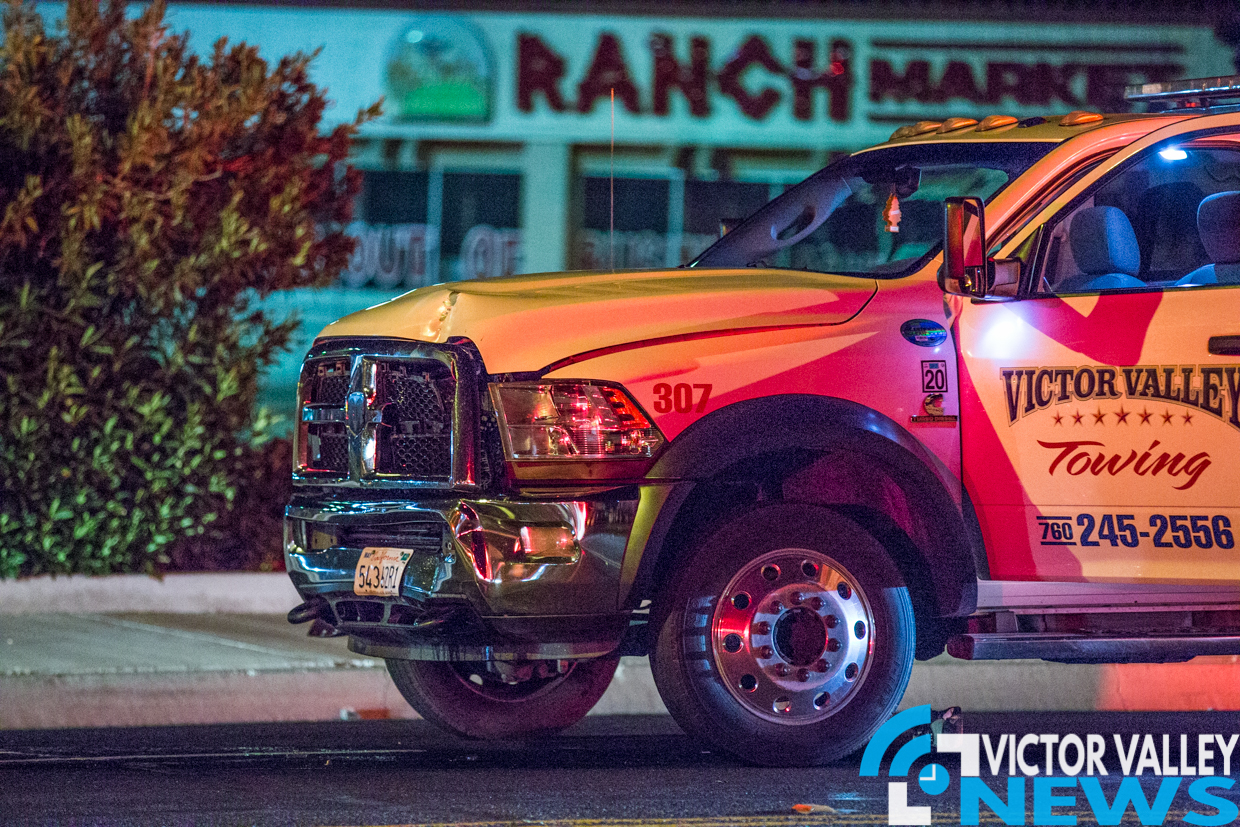 Just before 10:00 p.m., San Bernardino County Sheriff’s Deputies with the Victorville Station, and AMR responded and located the victim suffering from major injuries on the road.

The accident occurred on the 14800 block of 7th Street. Emergency personnel performed CPR on the man as he was being transported by ambulance to an area hospital.

An airship was requested but quickly canceled shortly after.

According to a witness on scene, a group of people was fighting in the street and the male victim ran in front of the tow truck trying to get away from the fight.

Deputies conducted a search of the area and detained a female and a male who had blood on their persons, on suspicions of being involved in the initial fight.

Another person was detained at the scene after acting erratically.

The tow truck driver remained on scene and is fully cooperating with authorities.

7th Street between Victor and Desert Knoll Streets will be closed pending a major accident investigation. 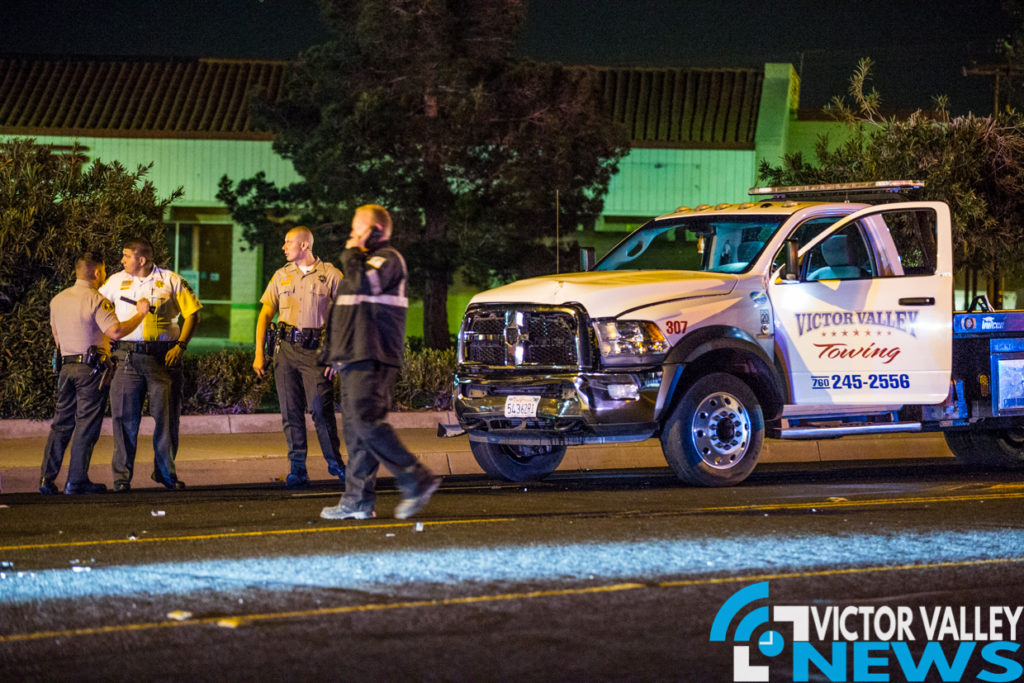