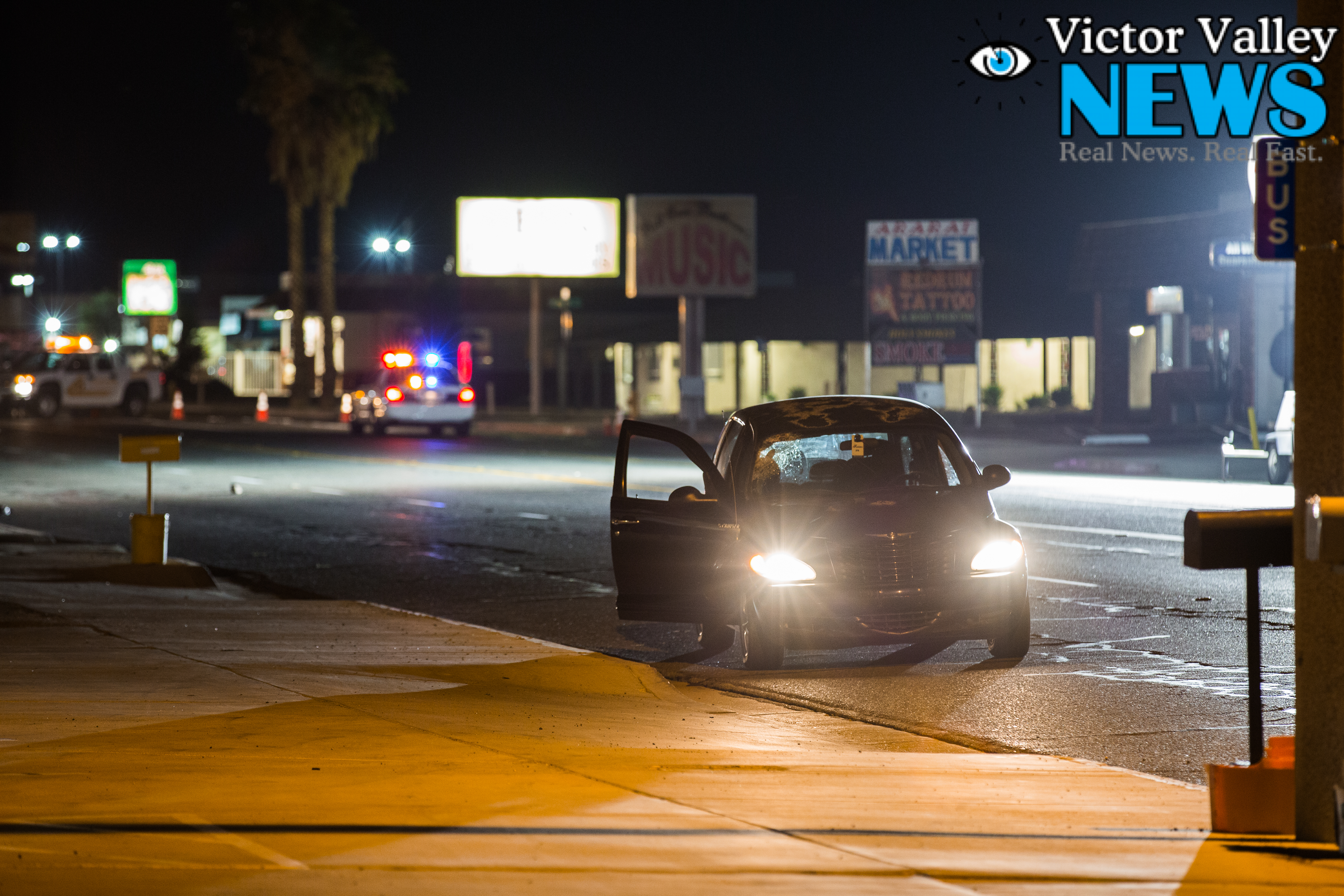 HESPERIA:(VVNG.com)- San Bernardino County Sheriff’s responded to the area of Main Street and 5th Avenue for a pedestrian who was struck by a vehicle.

Per scanner traffic, while the victim was en route to the hospital CPR and other life saving measures were in progress. A helicopter was requested to airlift the victim, but later cancelled. The male described as a White or Hispanic male in his late 40s to 50s was pronounced dead at 9:47 P.M., at Desert Valley Hospital.

A hard road closure between 4th and 5th Avenue was requested for an unknown duration to control traffic around the scene.

The vehicle involved, a dark-colored Chrysler PT Cruiser, remained in the eastbound lanes of Main Street with the head lights on,  a broken front windshield, and the driver side passenger door open.

A pair of shoes and several pieces of clothing belonging to the pedestrian were on the sidewalk.

The crash is currently under investigation by the San Bernardino County Sheriff’s Department’s Major Accident Investigation Team. It is not known if drugs or alcohol were a factor in the accident.

The identity is not known and will be released to the public when confirmed and the next of kin has been notified.