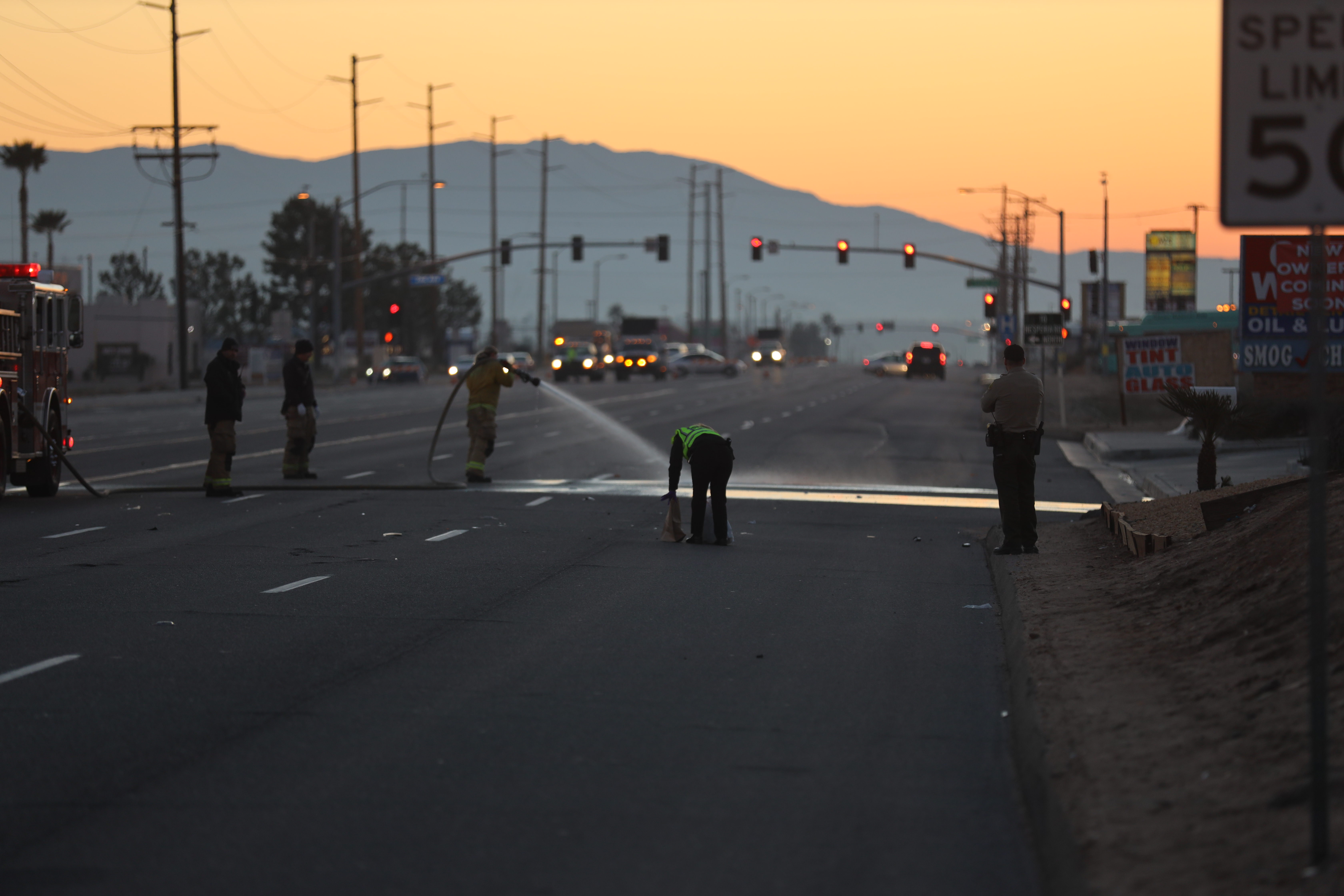 Authorities said they are searching for the drivers of two more vehicles that struck the pedestrian that was already down in the road and left the scene.

At about 1:57 am, a 27-year-old Las Vegas man was crossing Bear Valley Road, east of Third Avenue when he was struck in the eastbound lane by a 2013 Ford Fiesta driven by a 23-year-old Hesperia woman who stopped at the scene, officials said.

According to a sheriff’s news release, after the pedestrian was struck by the Ford, a black sedan similar to a Honda struck the pedestrian a second time, and then a third time by a 4 door, white Honda Civic. Neither of those vehicles stopped and fled the scene after colliding with the already downed pedestrian.

“Deputies from the Hesperia Police Department and Paramedics with the Hesperia Fire Department immediately responded to the scene and found the pedestrian deceased in the roadway,” stated the release.

Officials said the exact cause of death will be determined by the coroner.

Investigators with the Major Accident Investigation Team (MAIT) are seeking the assistance of the public to identify the black sedan and the white Honda Civic and its drivers.

Anyone who may have witnessed the collision or might have additional information pertinent to the case is encouraged to contact the Hesperia Police Department at 760-947-1500.