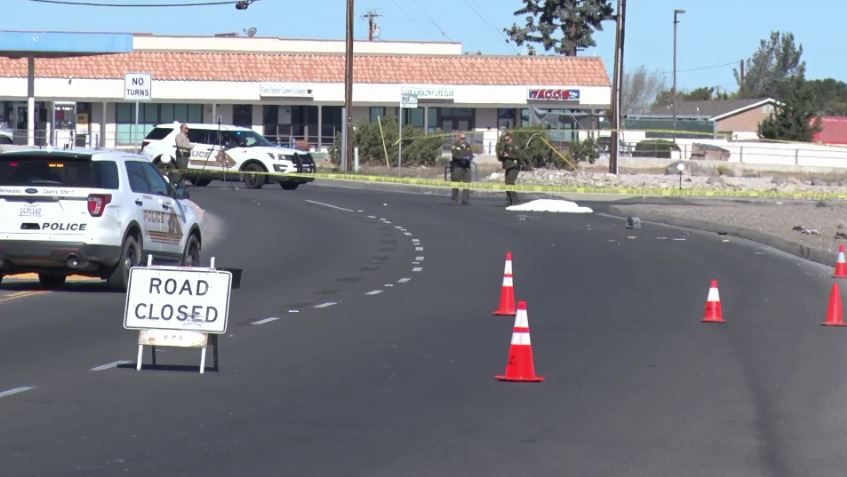 UPDATE @ 9:00 AM — Hesperia Sheriff’s station spokeswoman Jackie Chambers confirmed this is a fatal hit-and-run traffic collision via email. According to Chambers, officers are currently out with the suspect vehicle and are searching for the driver who fled the scene.

HESPERIA, Calif. (VVNG.com) — A stretch of Main Street is closed after a pedestrian was struck and killed by a vehicle early Tuesday morning.

At about 7:45 am, firefighters with San Bernardino County Fire responded to the scene and located a pedestrian down in the roadway on the north side of Main Street.

The pedestrian was pronounced deceased at the scene and a sheet was placed over the body.

Hesperia Sheriff’s Department tweeted that east and westbound Main Street between 11th Avenue and Cottonwood Avenue will be closed for an unknown amount of time due to an accident investigation and advised motorist to avoid the area.

Sheriff’s officials have not released any details regarding the fatal collision. 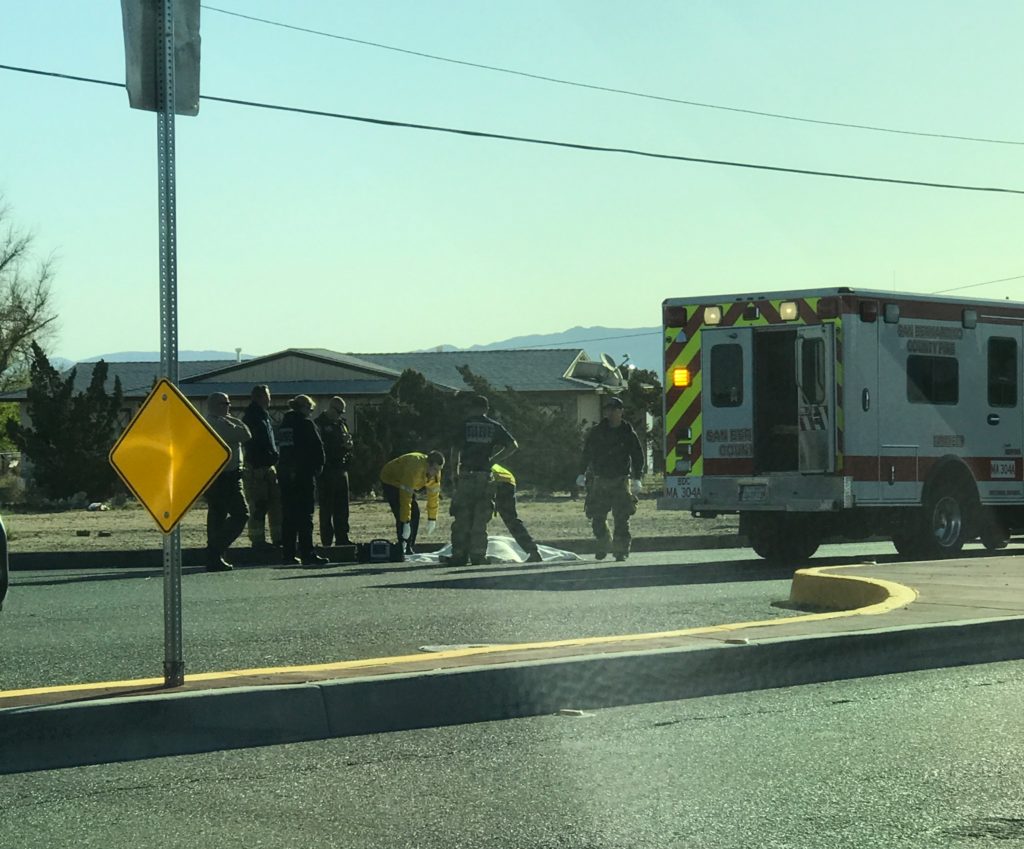 Barstow man, 37, arrested for murder of his girlfriend