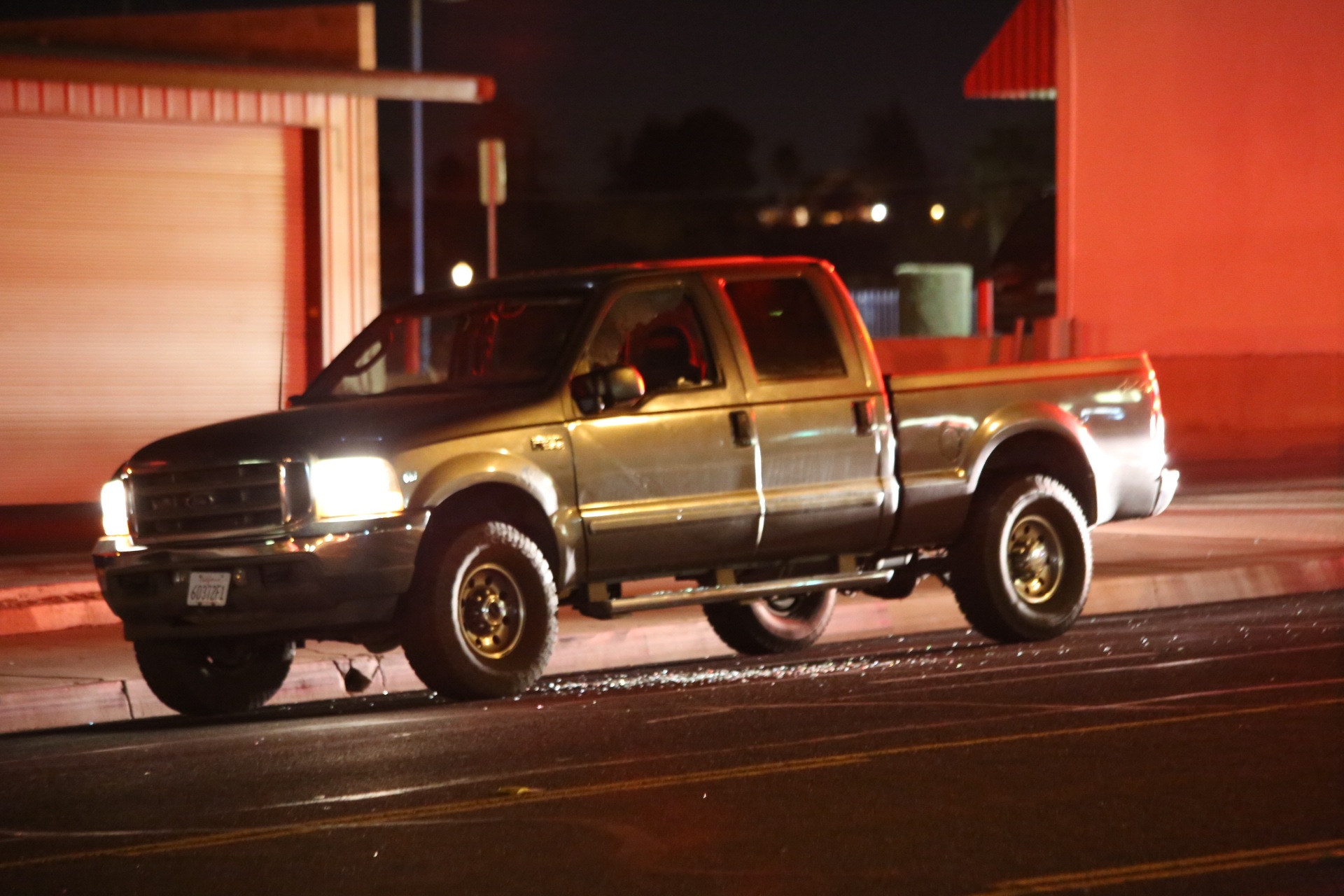 A woman was transported via AMR ground ambulance after she was struck by a vehicle in Victorville. An air ambulance was later requested to transport the woman to a trauma center for her injuries. It’s reported a second patient was also transported to a local area hospital, possibly an occupant of the truck involved in the accident. The driver of the truck remained on scene and cooperated with law enforcement.

Dispatch began receiving calls on Monday just before 7 p.m. reporting a vehicle vs. pedestrian. Witnesses reported a woman laying in the road way on 7th street near Circle dr.

A large dark colored truck, possibly a Ford F-250 remained at the scene and broken glass could be seen near the drivers side. The exact details of the accident are unknown at this time although it’s believed the truck was traveling east bound on 7th st. at the time of the impact.  The truck remained at the scene.

The pedestrians identity is currently unknown but she is believed to be in her mid 40’s and her condition remains unknown.