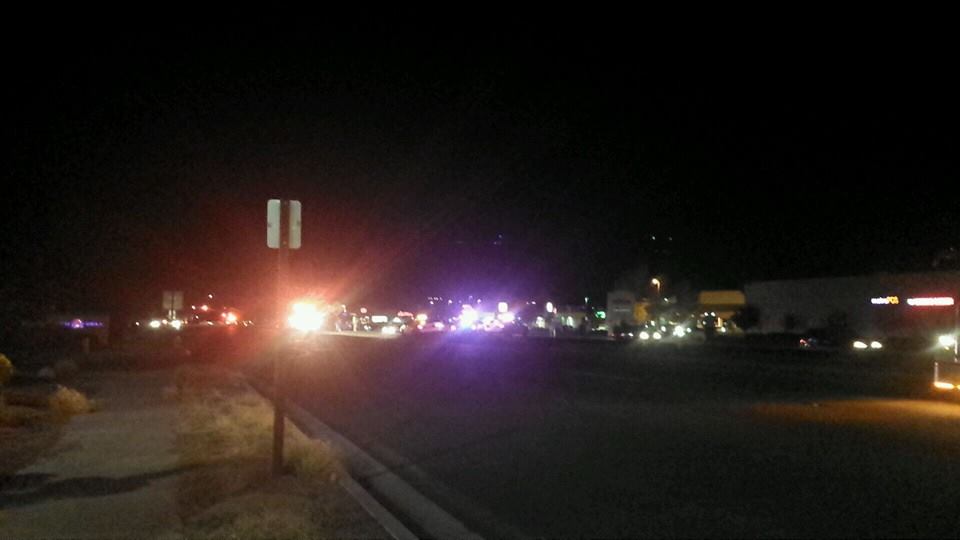 APPLE VALLEY : Highway 18 remains closed in both directions as of 6:40 p.m. on Sunday night in the area of Bass Hill rd. & Rancherias rd. after a pedestrian was hit trying to cross the highway by a dark colored suv possibly a Rav-4 traveling from the east to the west. The driver and occupant remained at the scene and could be seen cooperating with police.

“I just saw the man get hit he got hit across the street from Jack in the Box off of Highway 18 doesn’t look well he was still sitting in the street when I left.”

The unidentified man was hit about 6p.m., he was taken to St. Mary’s Hospital for treatment by ground ambulance, and his injuries are unknown. He is described as a black male adult in his 20’s and will be airlifted to Arrowhead Regional Medical Center for his injuries.

Thankfully, the driver of a big rig managed to turn around just in time to avoid the incident and in the process became stuck in the center median.