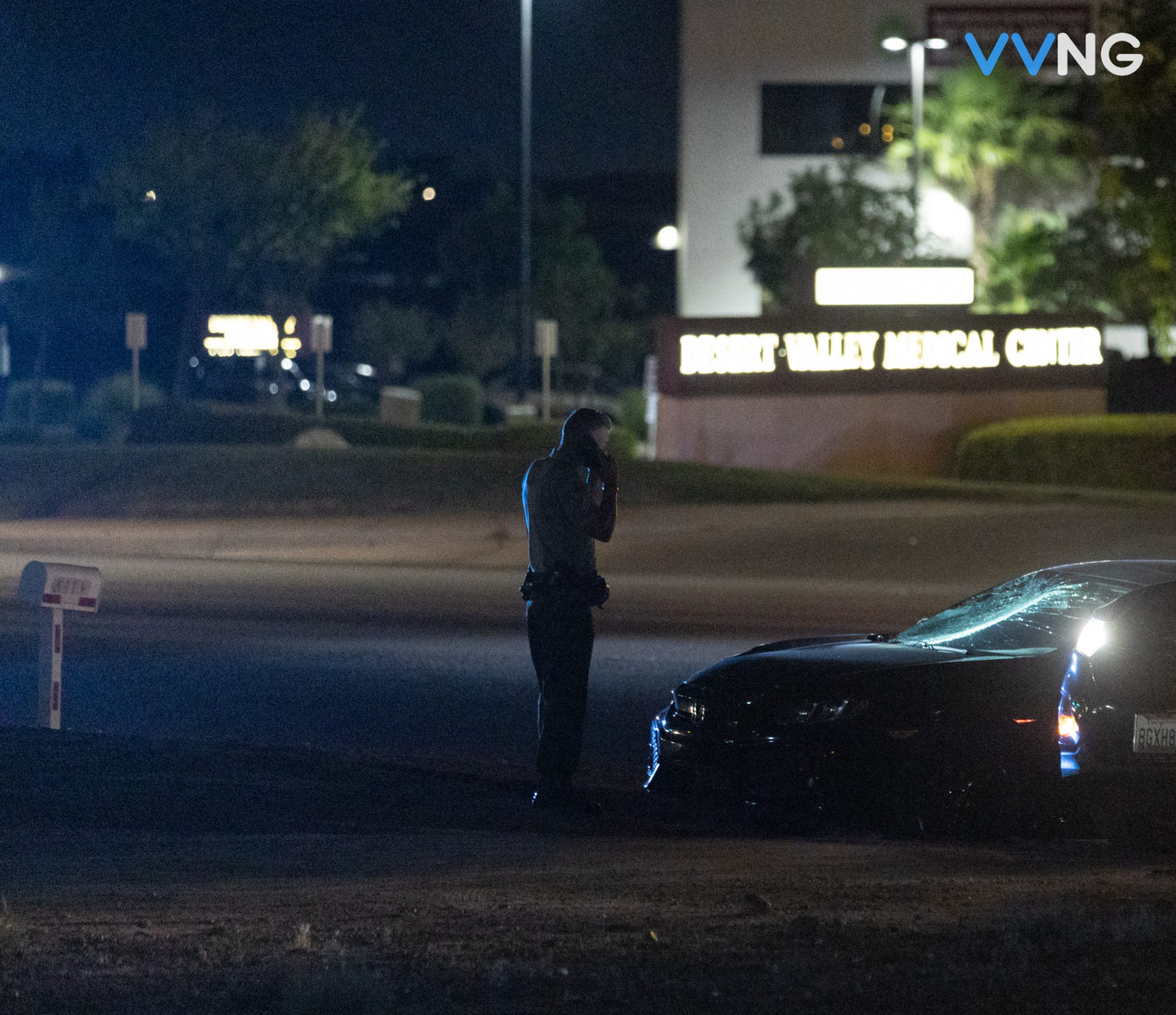 VICTORVILLE, Calif. (VVNG.com) — A pedestrian was struck by a vehicle Monday night on Bear Valley Road.

It happened at about 8:35 pm, on July 12th, directly in front of Desert Valley Hospital, east of 2nd Avenue in Victorville.

Victorville Fire along with AMR responded to the incident and provided emergency medical care before requesting a helicopter to airlift the patient to an out-of-area trauma center.

Sheriff’s spokeswoman Mara Rodriguez told VVNG the man was attempting to cross to the north side of Bear Valley Road, in the middle of the intersection.

“The driver of the vehicle was traveling west bound in the #1 lane when she saw the man suddenly in her path. She swerved in an attempt to avoid hitting him but was unable to avoid the collision,” stated Rodriguez.

The driver of the vehicle remained at the scene and was cooperative with investigators. The condition of the pedestrian is unknown at this time. Anyone with information is asked to call the Victorville Police Department at 760-241-2911.