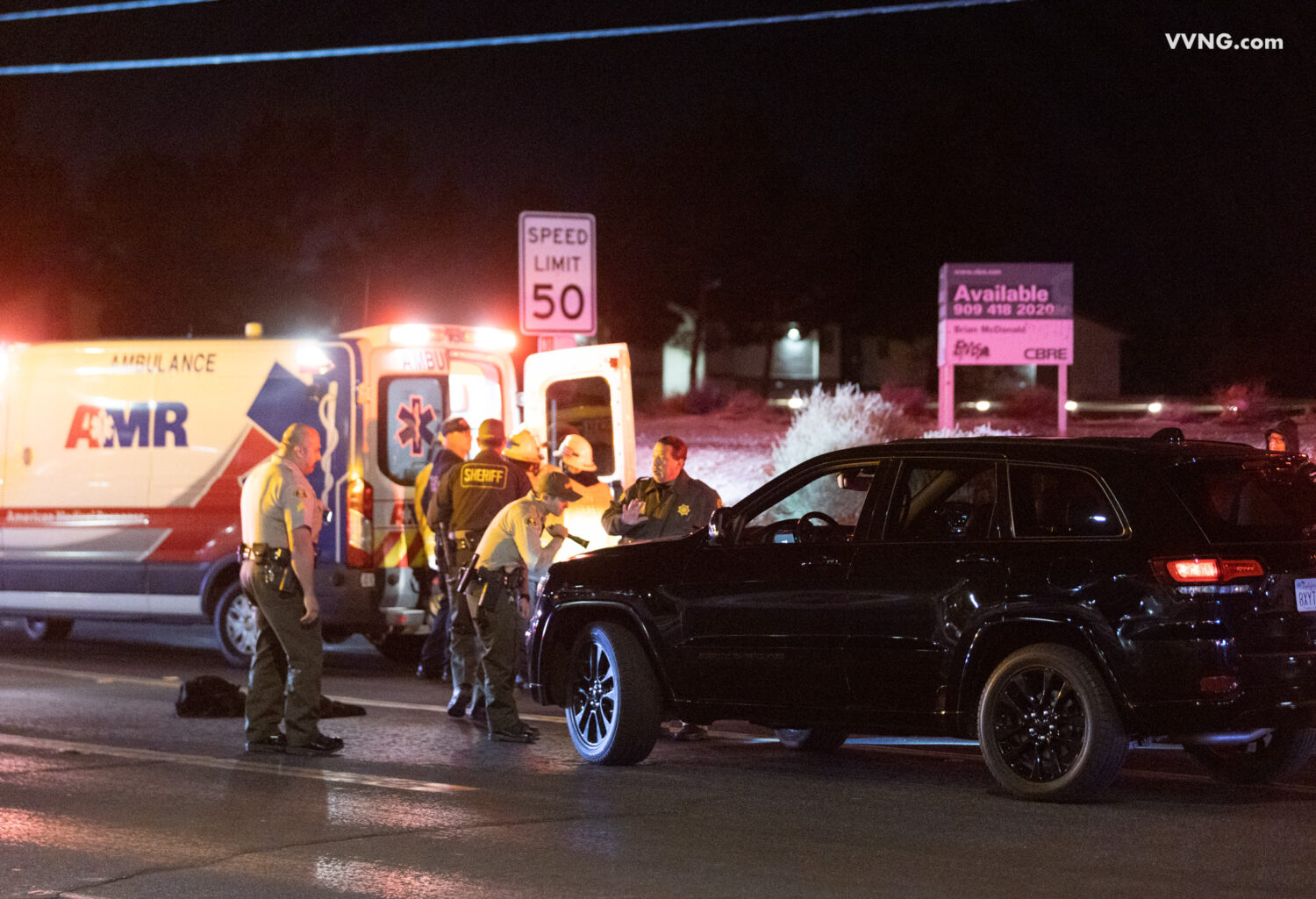 VICTORVILLE, Calif. (VVNG.com) — A Mercy Air helicopter landed at Hook Park to airlift a pedestrian that was struck by an SUV Monday night in Victorville.

It happened at about 8:31 pm on April 4, 2022, on Hook Blvd near Amargosa Road, near the entrance to the Stater Brothers shopping center.

Emergency crews arrived at the scene and located an adult male down in the westbound lanes of Hook Bvd.

Victorville City Firefighters requested a helicopter to land in the field of Hook Park. A Mercy Air helicopter subsequently airlifted the pedestrian to a trauma center.

The driver of the vehicle involved, a black 2017 Jeep Grand Cherokee, remained at the scene and cooperated with police.

This incident was the second vehicle versus pedestrian collision reported in the City of Victorville within approximately one hour and about a mile apart. VVNG has also learned the pedestrian struck at Mojave Drive and Condor Road has died.

The investigations are being handled by the Victorville Police Department and additional information will be updated as it becomes available.