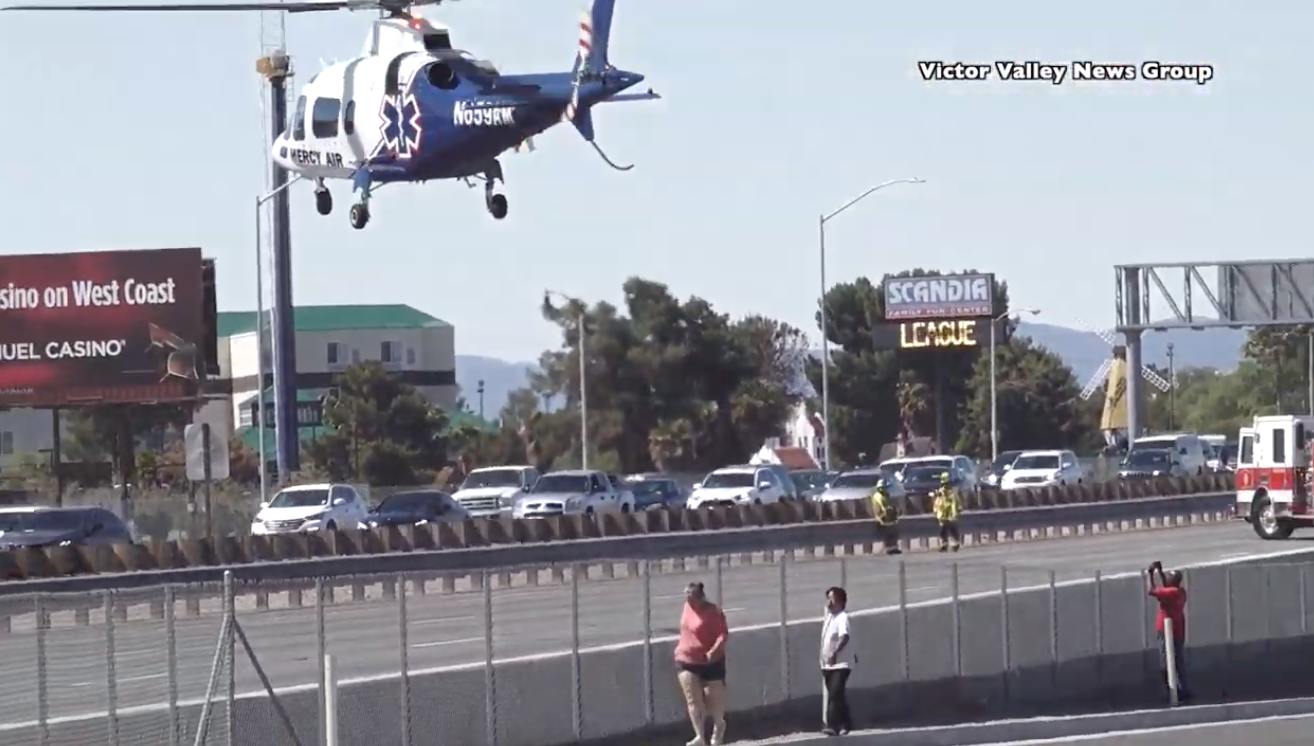 VICTORVILLE, Calif. (VVNG.com) Interstate 15 was shut down Saturday morning after a pedestrian was struck by a semi in Victorville.

The Victorville Fire Department and CHP responded to the southbound 15 freeway and found a Black male adult in lying in the #2 lane, just south of the Nisqualli/ La Mesa Roads offramp.

A Mercy Air helicopter landed on the freeway and transported the man to a trauma center with unknown injuries.

The driver of the semi was not injured. He remained at the scene and cooperated with officials.

The identity of the pedestrian or an update on his condition has not been provided as of Saturday afternoon.

The freeway reopened shortly after 10:15 a.m.