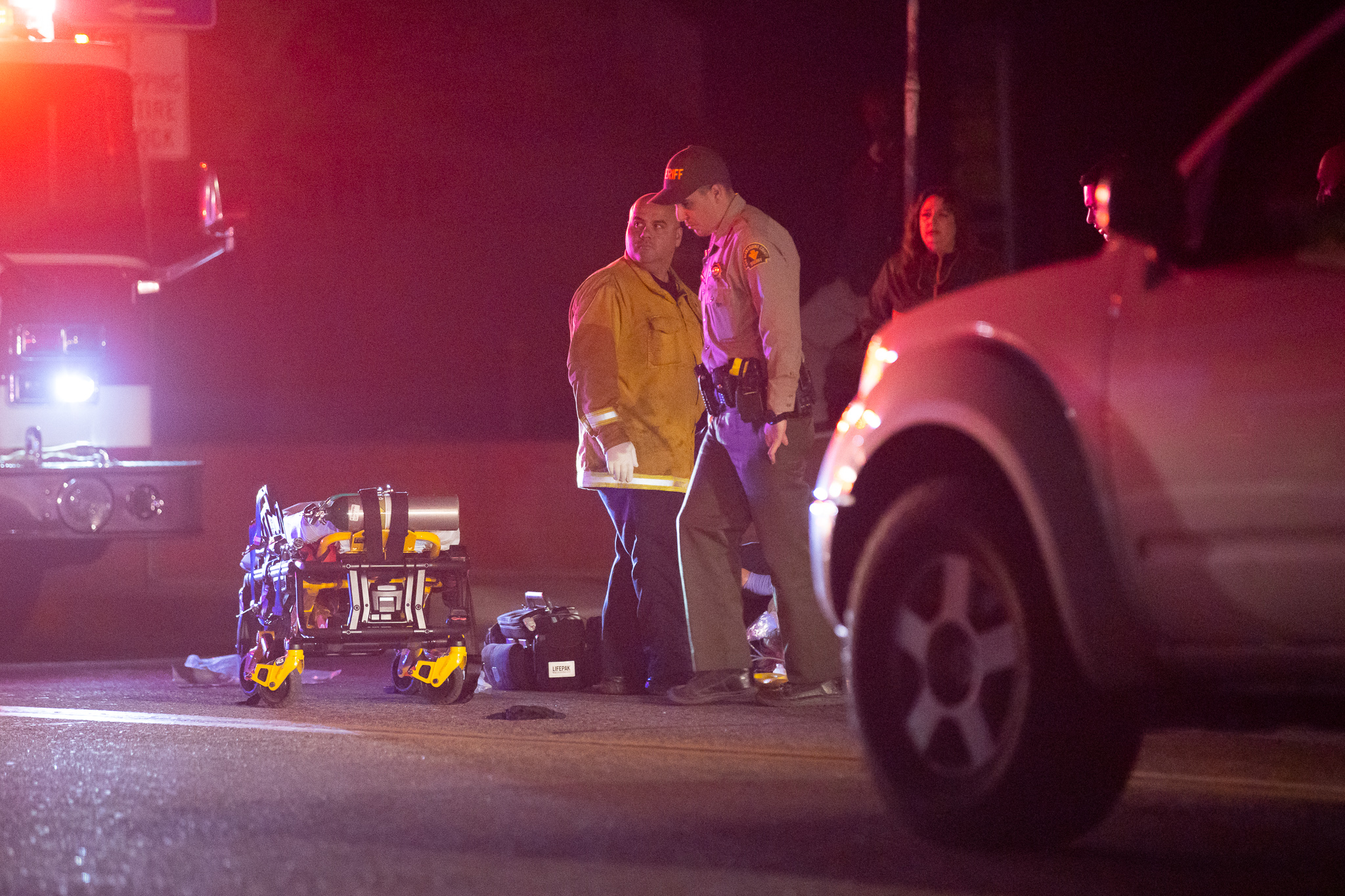 UPDATE 1/23 — Sheriff’s officials confirmed the pedestrian succumbed to his injuries and was pronounced deceased at the hospital. Based on the investigation, “deputies determined that a white Nissan Frontier was traveling north on Hesperia Road and a pedestrian was on the east curb of Hesperia Road. For unknown reasons, the pedestrian stepped out into the northbound lanes of traffic causing the Nissan to strike the pedestrian.” The identity of the deceased man has not been released.

VICTORVILLE, Calif. (VVNG.com) — A pedestrian is clinging to life after he was struck by a pickup truck in Old Town Victorville Wednesday night.

Dispatch received a call at 5:49 p.m, January 22, 2020, reporting an adult male down in the roadway unresponsive.

Victorville City Firefighters and AMR performed life-saving measures on the victim who appeared to be unresponsive. He was rushed to Victor Valley Global Medical Center in an American Medical Response ambulance.

The male driver of a 2007 Nissan Frontier remained at the scene and was cooperating with the police.

Hesperia Road is expected to remain closed between D Street and C Street.

According to preliminary information obtained by VVNG, the pedestrian is a homeless man in his 60’s. An update on his condition was not available.