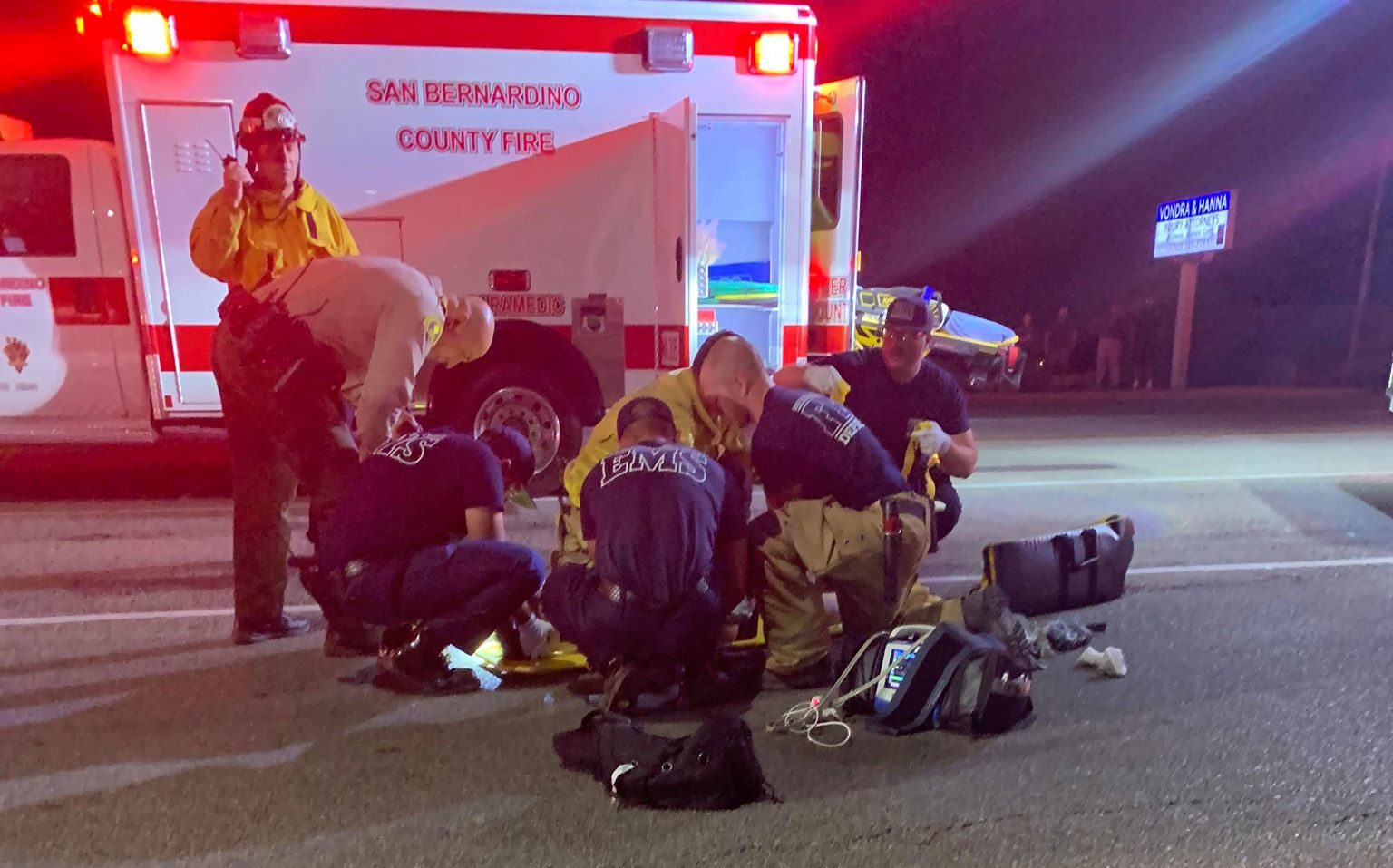 HESPERIA, Calif. (VVNG.com) — For the second time this weekend, and less than 2 miles apart, a pedestrian was struck by a vehicle on Bear Valley Road.

Hesperia sheriff’s deputies responded to the incident along with San Bernardino County Fire.

The pedestrian was critically injured and firefighters requested helicopter Reach H325 to land on the helipad at Desert Valley Hospital.

The pedestrian was airlifted to Arrowhead Regional Medical Center with life-threatening injuries.

Kat Jovel witnessed the incident and told Victor Valley News the pedestrian was a male in his late 50’s and he was barely breathing.

Jovel said the truck that hit the pedestrian didn’t stop. “There was another truck that drove over him as he was laying in the middle lane. So my husband started redirecting traffic to other lanes as I was on the phone with police,” she said.

Jovel said the second truck pulled over to check on the pedestrian.

A California Highway Patrol helicopter that was already in the area assisted deputies with aerial support in conducting a search for a suspect vehicle, scanner traffic reported. At this time it’s unknown if the driver was later apprehended.

Eastbound traffic on Bear Valley Road was detoured at Cypress Avenue as deputies searched the roadway for evidence and investigated the collision.

Information on the pedestrian or a possible suspect vehicle were not available.

Anyone with information about this incident is asked to call the Hesperia station at 760-947-1500.

CORRECTION 8/5/19: The article initially reported this accident as a hit-and-run based on witness statements, however, sheriff’s officials later confirmed this was not a hit-and-run crash. Sheriff’s spokesman Edgar Moran told VVNG the pedestrian, a 58-year-old male ran across Bear Valley from north to south and was struck by a two-door Acura traveling eastbound. Moran said the driver applied his brakes in order to avoid the pedestrian, however, the passenger side of the Acura struck the pedestrian.