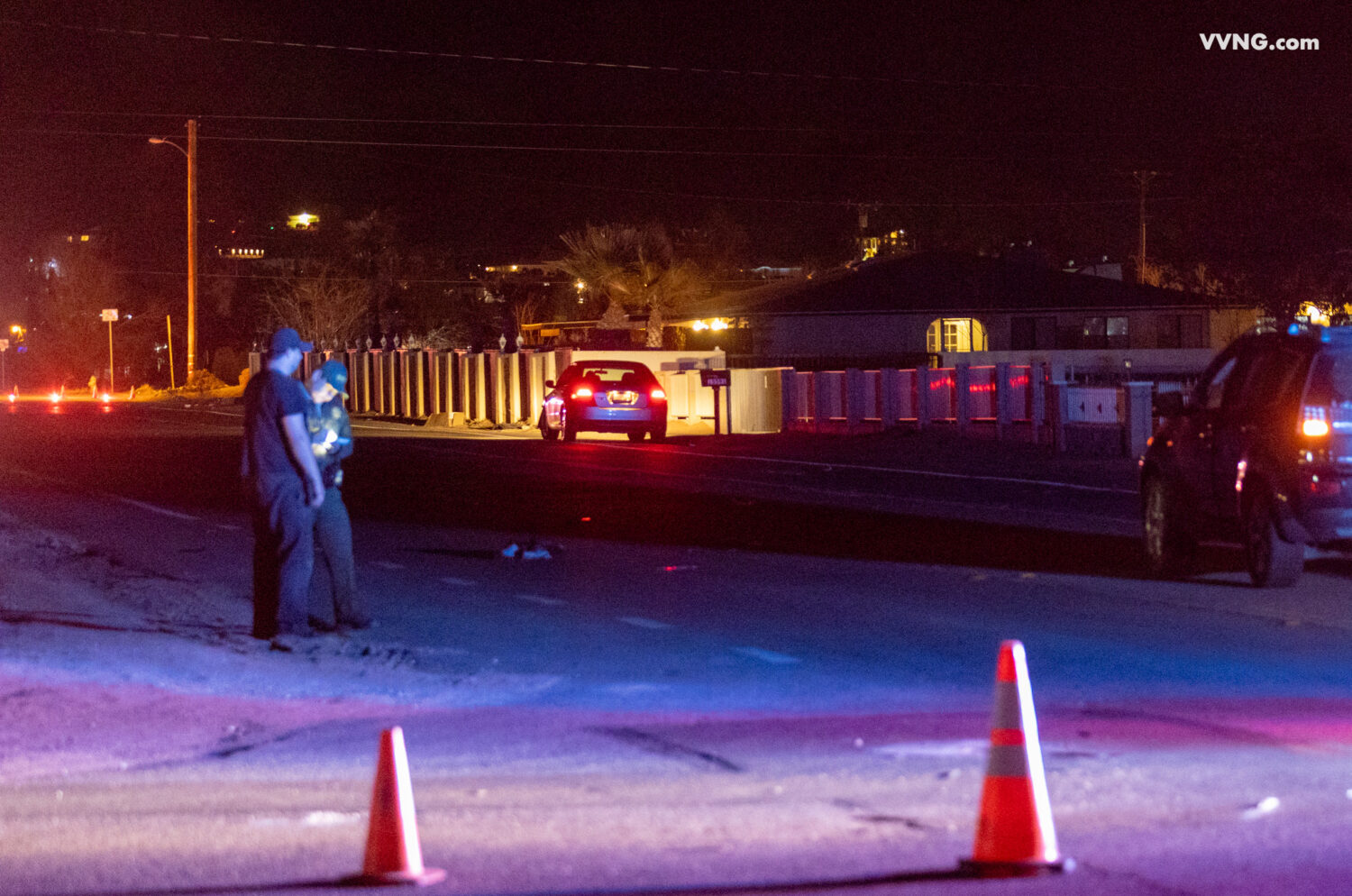 APPLE VALLEY, Calif. (VVNG.com) — Authorities are asking for witnesses or anyone that may have been involved in a crash that claimed the life of a pedestrian Tuesday in the Town of Apple Valley.

According to a sheriff’s news release, the pedestrian was walking eastbound across Rancherias Road in the northbound lane and was struck by a silver Honda Accord that was north on Rancherias.

The pedestrian suffered major injuries and was transported to St. Mary’s hospital by ambulance and was pronounced deceased. The driver of the Honda Accord was uninjured and remained on scene to cooperate with the investigation.

Rancherias Road was closed between the intersections of Symeron Road and Rimrock Road East for approximately two hours while deputies processed the scene for evidence and interviewed witnesses.

Authorities did not release any information on the pedestrian such as gender, age, or identity. Deputies at the scene photographed a dark-colored Mitsubishi SUV that was stopped in the roadway and within the taped-off area. The male driver was interviewed however, it’s unknown if the vehicle was involved.

Anyone with any information or anyone who may have witnessed or were possibly involved in this collision is asked to contact Deputy S. Esparza or Deputy J. Malocco at the Apple Valley Sheriff’s Station at (760) 240-7400 or Sheriff’s Dispatch at (760) 956-5001. Callers wishing to remain anonymous are urged to call the We-Tip Hotline at 1-800-78CRIME (27463) or you may leave the information on the We-Tip website at www.wetip.com.