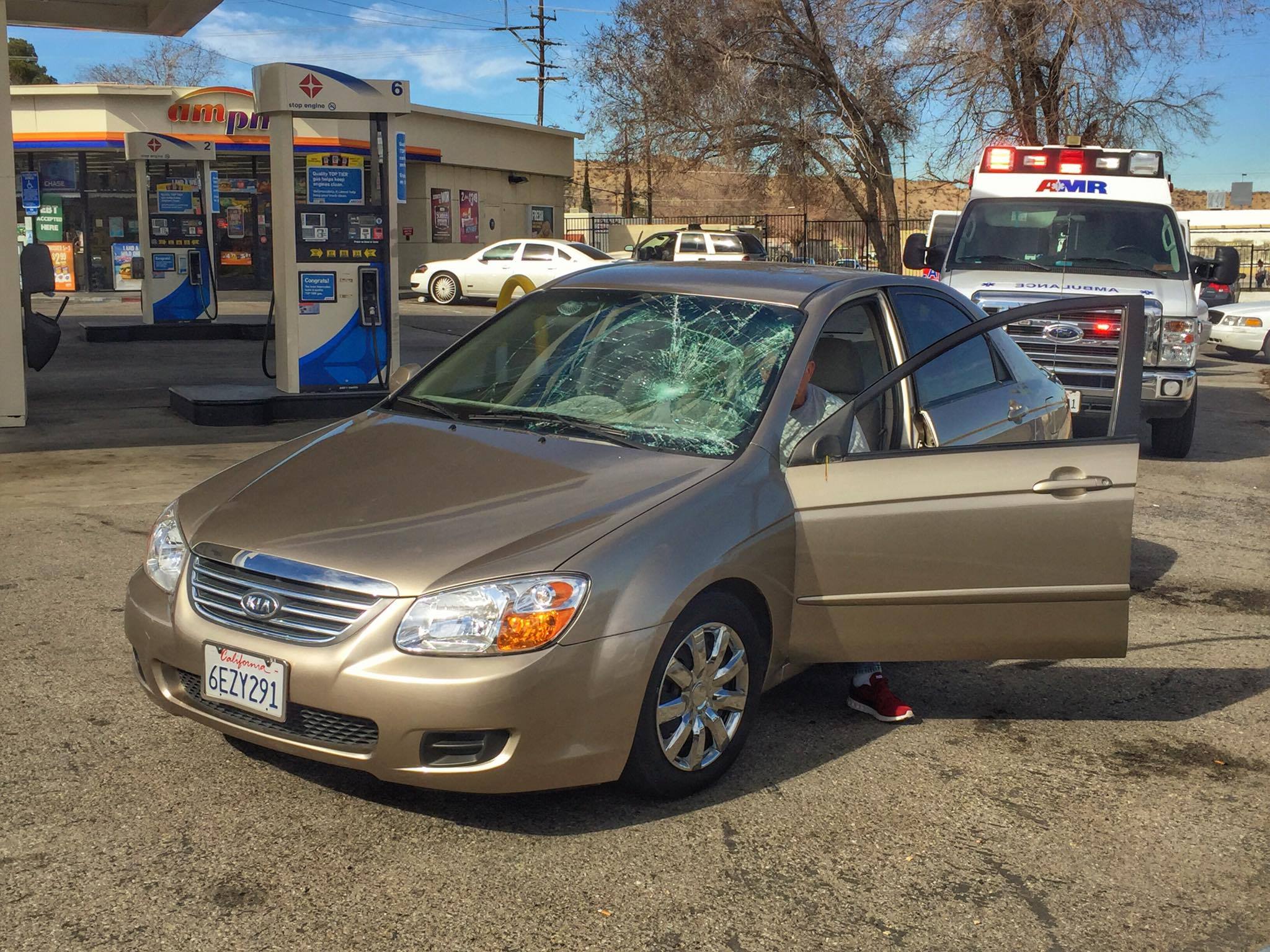 VICTORVILLE-(VVNG.com): At around 10:20 a.m. on Wednesday morning a pedestrian was hit by a gold Kia sedan as he crossed in the crosswalk, from the north to south side of D Street at 7th Street.

“The first vehicle passed the pedestrian and the second vehicle followed hitting the pedestrian. He (the driver) will be cited for failing to yield to a pedestrian,” said San Bernardino County, Victorville station Deputy Chavez.

Pedestrian hit by a car on 7th and D Street.